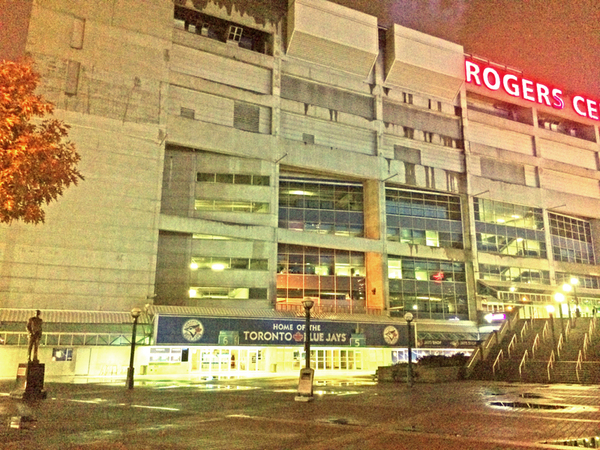 Money. As is usually the case, it will be the central theme of the offseason for the Blue Jays, or at the very least the central discussion point among their fans.

In the wake of the club’s loss this week in the ALCS it has been easy for folks like me to say that we’re now finally facing the big questions that this off-season will bring, but the reality is that we’ve thought about all of these things for months, and that they all depend on one thing: money.

How high will the Blue Jays be allowed to push their budget? How much will other teams inflate the markets for Edwin Encarnacion and Jose Bautista? What will be the best way to use the resources the club has at its disposal to make it as strong as possible in 2017 while doing as little damage as possible to its chances in the years beyond that?

The choices are not unlike the ones faced by the Jays last winter, as best represented by the case of David Price. The front office will even have similar depth concerns to reconcile. This winter they essentially need three bats to bridge the gap between Devon Travis, Troy Tulowitzki, and Josh Donaldson at the top of the lineup, and Russell Martin, Kevin Pillar, and someone like Justin Smoak, Melvin Upton, or Ezequiel Carrera (if not better) at the bottom. By all rights they should awash with the kind of cash that should allow them to do so. More importantly, they will likely have a greater willingness to use that financial heft to ensure the product on the field is good enough to keep those dollars rolling in.

Or so we hope.

As the Blue Jays were taking us on an exhilarating but ultimately disappointing run through the playoffs, the question as to what Rogers might be thinking got a little murkier. Earlier this week, minutes ahead of the release of a “disappointing” quarterly report that revealed the company made a scant $220-million in net income from July to September (SCANDAL!), Rogers “parted ways” with CEO Guy Laurence. Former Telus honcho Joe Natale is set to take over at the expiration of his non-compete clause.

Shi Davidi addressed this somewhat in a Wednesday Sportsnet piece on the uncertain offseason that awaits these Jays, explaining simply that “the change at CEO from Guy Laurence to the incoming Joe Natale at team owner Rogers Communications Inc., is believed to be a good thing for the team.” No justification for such a statement is offered, though Shi did note that ownership “continually cites the team’s revenue generation for the Media division in its quarterly reports.”

That was indeed the case in the report that was so disastrous for Laurence, too, as the Media division reported a 13% increase in revenue (compared to just a 9% increase in expenses) in Q3 2015, and cited it as being the result of “higher sports-related revenue, driven by the strength of Sportsnet, including the World Cup of Hockey in September, as well as the success of the Toronto Blue Jays.”

Alan Horn, a long-time Rogers exec who delivered the main eulogy at Ted Rogers’ funeral, will be in charge until Natale arrives, and “Horn said repeatedly that there was no change planned for the strategic direction taken by Laurence,” according to Canadian Business. To this layman that suggests renewed strength of the Rogers family’s voice within the company that bears their name, and with the interest Edward Rogers Jr. has taken in the Jays in recent years — questionable in practice as it has at times seemed to be (though he appears to have gotten it right in eventually ending up with Mark Shapiro) — that’s very possibly a good thing for the club.

It’s probably also a good sign that Rogers executives are still talking about the importance of content. For whatever that’s worth.

Derek Decloet of the Globe and Mail characterizes Laurence’s deal with Vice as a “minor mistake” compared to the company’s bungling of a deal involving wireless retail company Glentel, which underlines the fact that the company’s media division actually is a small part of their business, and probably much more of an afterthought at the top of the corporate food chain than Jays fans would like to believe. Yet still, in David Paddon’s Canadian Business piece linked above, Rogers’ chief financial officer, Tony Staffieri, singles out the Blue Jays as a driver of profit in the media division, explaining that “we think the right content is going to be key to media in the long term and we’ve said the right content for Canada and for us is sports and that’s what we’re focused on.”

Perhaps more interestingly, though, was this part the piece (emphasis mine):

“The Shomi writeoff accounted for $140 million of the year-over-year decline in net income. Another $102 million was due to an unusual gain recorded in the third quarter of 2015.”

If I sifted through the reports I might find that such a thing had nothing to do with the Blue Jays’ sudden success at that exact same time, so let’s not do that and just assume that maybe it did! (Update: It, of course, did not.)

But even if not, such words from Horn and Staffieri would suggest that for now all the incentives for the Blue Jays to continue to be good, and to keep driving revenues, are remaining in place. They will likely remain in place through the offseason, too, as the Financial Post reports that Natale’s non-compete clause won’t expire until next July (though Telus says it is open to negotiations that could shorten it).

What it all means long-term, though, doesn’t seem quite as clear to me as what Davidi suggests. Natale and his wife are active in several Toronto charities, according to another Financial Post piece, and he “ostensibly” left Telus because of his refusal to relocate from the city to that company’s centre of power in Western Canada. Perhaps having a civic-minded Torontonian atop the company augers well for how Rogers will view the Blue Jays going forward, but Telus certainly doesn’t do content the way that Rogers does, and the key lines on Natale’s CV refer to wireless churn rates and improved customer service, not running a sports and media empire.

“The company wouldn’t have hired an outside candidate if it didn’t want someone who was going to shake things up,” explained York University professor of law and governance, Richard Leblanc, according to that second FP piece.

But the Blue Jays are currently wildly successful as a product, so it makes little sense that any sort of shakeup would include them, unless it came in the form of a larger scale move out of the content game.

Or if the Blue Jays were not still doing well by the middle of next summer.

That’s the fear that drives Dave Cameron’s latest for FanGraphs, in which he argues that it’s in the Blue Jays’ best interests to rebuild now, rather than wait a year, with the aim of freeing up the money to extend Josh Donaldson long-term before he reaches free agency at the end of the 2018 season. (In something of a companion piece, Cameron’s FanGraphs colleague Jeff Sullivan argues against the notion here.)

“Even if you bring back Encarnacion and try to make some moves to add depth, you’re going to be looking at a team that projects as a mid-80s winner for 2017, with lots of downside risk given the team’s age,” he explains.

“If they stick with what they have, and just try to mitigate their losses as best as possible, it’s probably 2017 or bust,” he adds. “They probably won’t have the money to keep Donaldson, and when Tulowitzki and Martin become dead-weight contracts, the team will have to go through a painful rebuild while a large chunk of the payroll is committed to guys who aren’t good enough to get you to the postseason,” he explains.

Looking at the Blue Jays as a team that will only ever spend in the $140-million range, maybe that’s true. But Martin is only on the books for one year longer than Donaldson, Tulo’s salary drops to $14-million the year after that (his second-last on the books), and in those two years (2019 and 2020) they’ll have Stroman, Sanchez, Osuna, and Pillar each going through arbitration a final two times — if not extended themselves. None of them will likely be cheap, but there’s still some wiggle room there, even at a $140-million ceiling, I think, though it would likely mean the kind of stars-and-scrubs rosters Alex Anthopoulos seemed much more comfortable with than the new regime does.

But if they push well beyond that ceiling, and actually spend like the big market, big money team we all bloody well know they truly are? That Mark Shapiro has hinted that they should be? That Shapiro’s willingness to take the job here suggests he believes they will be? That the Francisco Liriano trade suggests they maybe already are? They can be very, very good in the present, while still letting their farm system grow and flourish. They won’t need to take a step back to facilitate that next big step forward as a year-in, year-out economic and baseball powerhouse. They won’t need to rebuild all the fan trust and brand equity that will be lost in the meantime. They will already be there.

It feels like we make this argument every year — that it has been so plain for so long that there was a mountain of money to be raked in from happy, engaged, loyal, excited Jays fans that Rogers would be stupid not to do it — and every year it seems they fail to meet our grand expectations. But it also feels like this time it’s different, and that it should be different. The fans have shown the company what is possible and the bottom line is reflecting that success. The scale of the money that they’re making off of packed houses, playoff gates, and TV ratings we know from their NHL deal that ownership valuesa tremendously, is impossible to deny or to hide. “If you build it, they will come” is no longer just a theory when it comes to the Blue Jays. It has been built, fans just need to keep being given reason to come, and the team needs to be given the ability to keep this thing going while keeping their future talent pipeline intact.

Dobber: Juuso Valimaki is “the best player” in SM-Liiga

What scares you the most about the Leafs?

Past, Present and Future – Vladislav Namestnikov