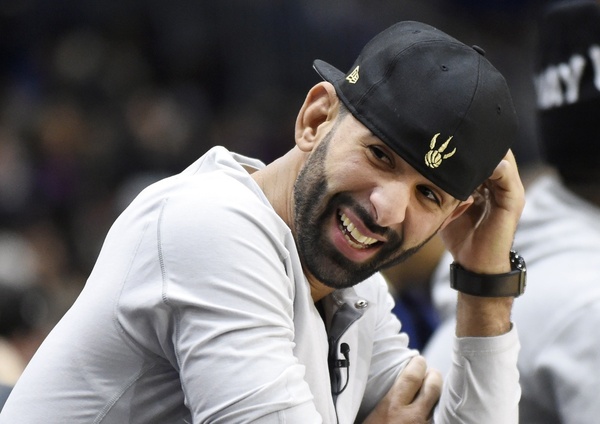 I get that Ross Atkins probably didn’t want to look like he was ducking the issue of Jose Bautista’s contractual shot across the bow yesterday, and that he’d like to put as much of a lid on the Jay Bruce trade talk as he possibly can, but wow, did the Blue Jays’ GM ever just have the most pointless media conference I can remember.

HEY EVERYBODY, ROSS HAS SOMETHING TO SAY! The floor is yours, Ross…

Not that anyone should have expected anything different. He’s certainly not going to get himself fined by talking about other team’s players and there really isn’t a whole lot to say about Bautista’s demands — frankly, I’d wager he probably agrees with them to a large extent. Bautista deserves a fair market contract, and what’s going to ultimately going to hold back any sort of agreement between him and the Jays isn’t the desire of Atkins and Mark Shapiro to have him on the roster, but their ability to make his deal fit within their budget going forward.

On TSN Radio this morning, Buster Olney said that the Jays’ ownership “won’t allocate 20-25% of their payroll to a player that will be 36 in the fall,” to which the only natural response is: so up the payroll.

Olney writes about Bautista’s demands at ESPN.com, suggesting that he’s done the club a huge favour by being so direct and so presumably outlandish in his ask. Not that he won’t get the kind of money he’s seeking, but for a club with a payroll level that the Jays have, by Olney’s thinking, as with David Price, there’s just no way it’s going to make sense.

More accurately, Bautista has made his contract a question for ownership, not management.

That’s absolutely fucking perfect if you ask me. Other than its making the potential of him leaving all the more real, the whole thing is quite delicious, frankly.

Bautista wouldn’t be Bautista if he was willing to settle for anything less than the most he can possibly get. That’s kind of his whole thing. And you have to believe it’s a big part of why we’ve seen via social media so many of the club’s pre-arb guys following him to Super Bowl pajama parties and workouts well before training camp actually begins. Getting paid resonates with these guys a whole lot more than any kind of false loyalty to organizations that so often get applauded for treating players as ruthlessly as possible, and if that means they take care of themselves and don’t show up looking like Pablo Sandoval, all the better. It’s just sometimes it means a situation like the one the Jays are facing here.

Or, as I say, a situation that Rogers is facing, and almost certainly will be facing for several more months to come — which is why Atkins’ disinclination to comment is completely reasonable.

Oh, but that doesn’t mean the GM wouldn’t have had anything to answer for today, were he actually, y’know, willing to comment. But we’ll get to the Jay Bruce mess in part two…