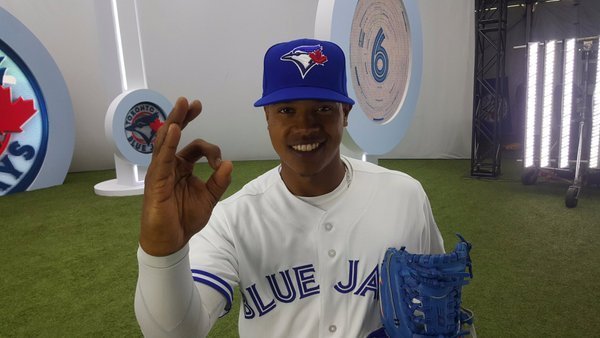 Holy. If you’re a follower of @BlueJays on Twitter, you’ve been subjected to some serious content ever since the club arrived officially in Dunedin — some of it their own, some of it created by others and not credited (the same photo mentioned by John Lott here shows up uncredited in the Jays’ stream, too *COUGH*).

Saturday was no different, except in that it was photo day for the club, and they’ve put a short clip together showing off some of what it’s like behind the scenes as…um… the players get their pictures taken.

It’s more entertaining than that makes it sound! (*Josh Donaldson at his Owen Wilson-y best alert*)

An inside look at @BlueJays photo day from Dunedin. #ItAllStartsHerehttps://t.co/WXJBx3wg5F

See what I mean?

Judging by some of the tweets this morning from camp, it’s utterly gorgeous down there today. That is, if you discount Jose Bautista’s ugly left-handed swing. Which also tells us that they haven’t maybe quite gotten down to serious, serious business yet. But it’s coming!

The Jays’ first Grapefruit League game is Tuesday at Bright House Field, the Phillies’ complex in Clearwater. Let’s do this!

Image via @BlueJays… I’m pretty sure.