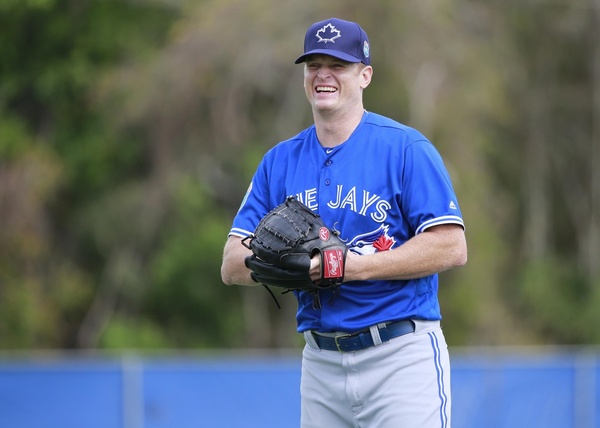 Bus trip to Bradenton! Who wouldn’t be up for a thing like that!

Why, I’ll tell you who! Every position player of consequence for the Toronto Blue Jays, that’s who! (No offence, Ryan Goins and Michael Saunders).

None of this is to suggest that the Pirates are rolling out their big guns, because that lineup? Woof.

Hey, but the sounds of summer! That works!

Yeah… I got nothing. Oh, except I guess there is this little thing called Gavin Floyd (pictured), who totally, really, honestly, legitimately could end up swiping the fifth starter’s job for the Jays, at least to start the season. Not that I wonder if the very conservative former Clevelanders running the Jays might not have designs on very conservatively starting both Drew Hutchison and Aaron Sanchez out at Buffalo.

Crazy? Maybe! But maybe not even! So let’s see if Floyd even remotely looks the part! (Of course, Jesse Chavez already did yesterday, so… hmmm…)

SCUTTLEBUTT FORTHCOMING! (Or not… let’s see!)

TV: None (audio through MLB.com though!)