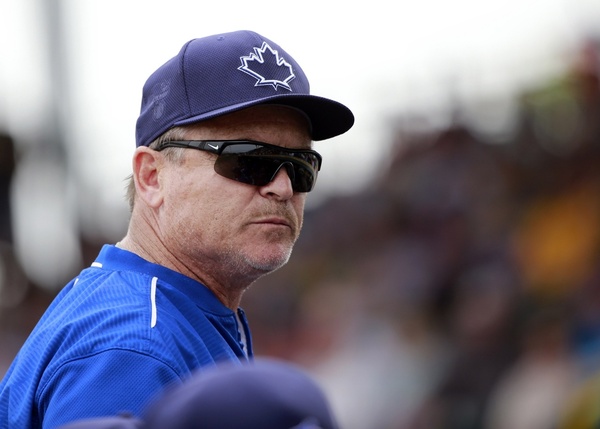 Before his previous boss departed the organization, John Gibbons approached Alex Anthopoulos about removing the rollover clause in his contract that somewhat ham-fistedly quieted the question of his ever being a lame duck manager by exchanging it for a “Is Gibbons getting fired?” countdown every New Year’s Eve. Or so says Gibbons, according to a report from Jeff Blair and Shi Davidi of Sportsnet, which looks into the reworking of the manager’s contract — something that seems to have first been admitted by Ross Atkins in a radio interview on Sunday.

Essentially, the clause had served its purpose. With a winning team and less need to deflect from the manager’s potential lame duck status, and new front office leadership in place, it only made sense for both sides that the laissez fair deal Gibbons had been working under should be a little more businesslike.

Or at least that’s how I think it’s best to read it.

Or… more importantly, I think that’s how you read it if you want to brush aside the inevitable “they don’t believe in Gibby!” nonsense that will come of this. (I saw one such comment like that already, so this isn’t even a straw man thing… entirely.)

Mark Shapiro said something really important in his sitdown with Blair and Stephen Brunt last week, when he noted (perhaps not in so many words) that contract disputes and trades and negotiations get a lot of ink and attention because they’re adversarial, or have natural tension to them, pitting one side or one idea against another. But the vast majority of time, he said, everybody in the organization’s interests are very much aligned.

Having inherited a manager could obviously make for an odd or uncomfortable relationship, but it’s not like these guys don’t want Gibbons to succeed. It’s not like they want to demoralize him, to have to fire him, and to have to eat a bunch of his salary in the process.

The Eric Wedge hiring certainly made people take notice to the possibility that the new crew could be looking for a way to oust Gibbons for their own man, given that Wedge was Cleveland’s manager for several years of Shapiro’s tenure there. But as I’ve said all off-season, the only thing that’s going to get Gibbons fired is poor team performance, and that would have been true whether Wedge was here or not, whether Anthopoulos was here or not, and whether this contract clause was in place or not.

For what it’s worth, Mark Shapiro, according to Rosie DiManno of the Toronto Star, “sounded like a Gibbons fan during a spontaneous scrum with reporters on Sunday.”

“Gibby’s been unbelievable. Appreciated across the field for his consistency, his patience, his positive attitude,” he said. “There’s just a steadiness to him and a professionalism that, day to day, has been extremely impressive.”

Still, might Anthopoulos have given him a little more rope than Shapiro or Atkins will? Perhaps.

But if Gibbons continues to oversee winning clubs in the next two years (the reworked deal expires after 2017), he’s now potentially in a position to do rather well for himself as a free agent — or better, at least, with a little bit of leverage, than he would have with an automatically-generated cheap team option.

Plus he received a bump in salary in exchange for “relinquishing” the clause (a clause that, again, is utterly irrelevant anyway if the new front office made the decision to fire him at any point from now until December 31st).

Not a bad deal for him at all, I don’t think. Which is surely why he was seeking it in the first place.

IIHF accidently tweets out Canadian Olympic roster, and it looks like Josh Ho-Sang is going to Beijing