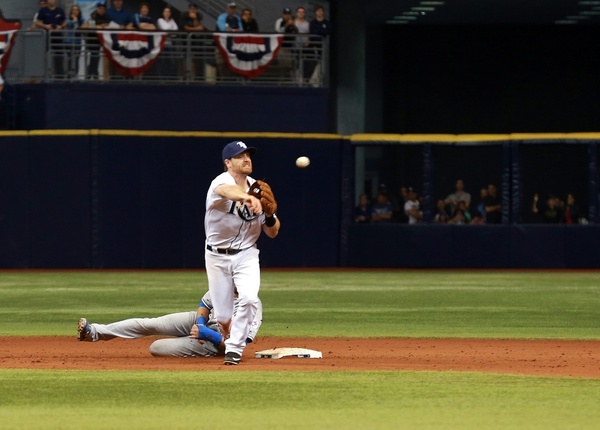 Well, he did reach out and touch the guy’s foot.

Last night’s game sure was something else, and it’s kinda nuts that it became hard to notice how good Aaron Sanchez was (read: continued to be) in his first start of the 2016, but that’s what’s going to happen when a game ends on a play like that, and when John Gibbons then makes a sexist comment in its aftermath.

As for those things, Craig Edwards has a very informative piece about Bautista’s slide and MLB’s new rules over at FanGraphs, while at Medium, Sarah Findlay grapples with the Gibbons thing, and really hits the nail on the head.

And as for Sanchez’s performance? Cool! Now let’s get more of the same from Happ and we won’t have to worry about the frustrating end to last night’s tilt.