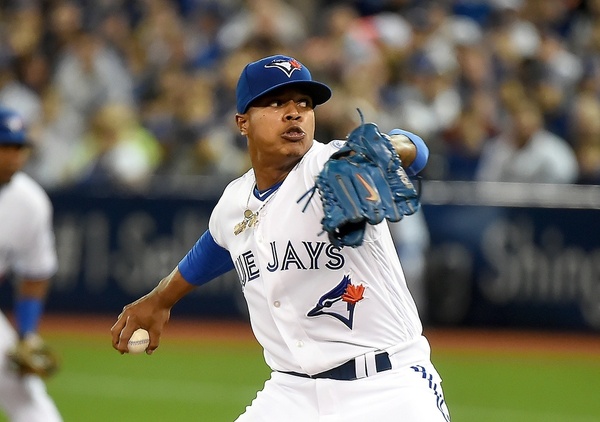 Last night’s game between the Jays and Yankees was much tighter than the score line suggests; tied going into the bottom of the fifth, and the Jays nursing just a 3-2 lead heading into the bottom of the eighth, when they finally blew the doors open against Ivan Nova. JA Happ was pretty good, continuing a nice little roll that the Jays’ starters have been on through their first two times through the rotation (excepting Marco Estrada, of course).

Whatever the record happens to be right now, I maintain that the fact that the starting pitching has been so solid is ridiculously good news for the club. It supersedes everything else, frankly. And there’s a very good chance that we’ll still be thinking positively about the rotation tomorrow morning, too, as it’s Marcus Stroman who will take the hill tonight, as the Jays play their third of three with New York, looking to win their first series of the season.

He’s very good, is the thing.