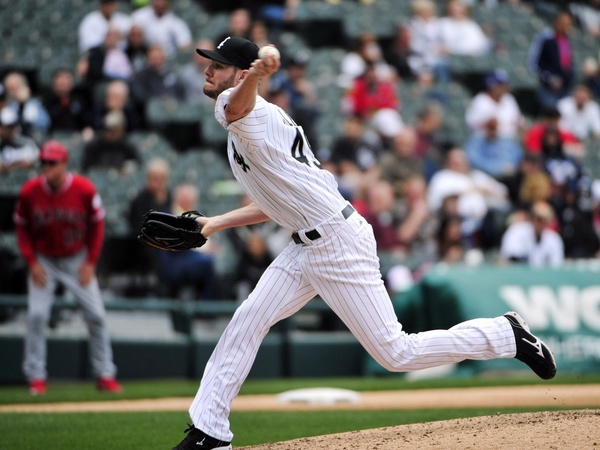 I mean, obviously you don’t want to do that against the any-year anybody, but when you have a date with the ridiculous arm of Chris Sale the next day? Sheeeeeeeee-it.

Hey, but at least Matt Dominguez, Darwin Barney, and Josh Thole are playing!

Hey, Jon Heyman tweeted some stuff about the Bautista and Encarnacion contract impasses which we basically knew but that I’ll probably write about eventually anyway (vesting options?).

I’d also like to write more about this piece later (probably in a Daily Duce), but less about this subject in general, so I’ll just leave this here: it’s Bob Nightengale’s Victor Conte-influenced story on Chris Colabello, dirty labs, and positive tests for USA Today. Hmm. (Counterpoint).

For real though: actually watch that video that’s gone viral of dudes reading real tweets to Sarah Spain and Julie DiCaro and, if you’re the kind of person who sends tweets like that or don’t think there’s anything wrong here, please quit being garbage.