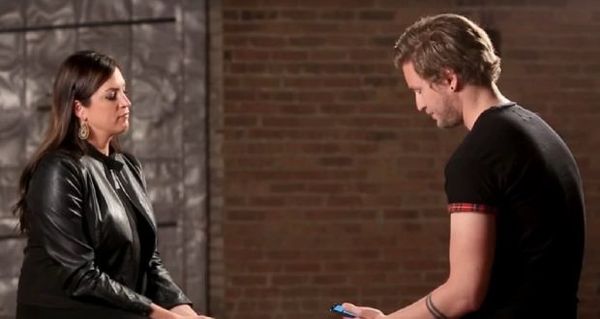 When I started writing about baseball in 2011, I actually did so because I assumed it would be a safer, happier space to work in. At the time, I was writing a great deal on issues of sexual assault, sexism and abuse, and was experiencing a lot of emotional fatigue as a result. Baseball has always been a great source of solace for me, a place to go that offered both fun and distraction, and I naturally assumed writing about it would offer the same.

Though it certainly has been rewarding, and I am entirely grateful to have been given the opportunity, in retrospect “safety” was a terribly naïve assumption, and one that couldn’t have been more wrong.

A few days ago, my friend Julie DiCaro (along with espnW columnist Sarah Spain) appeared in a PSA where men were asked to read, out loud, actual online messages she has received as part of doing her job. DiCaro is an update anchor for Chicago’s 670 The Score, and a writer who often tackles the place where sports culture intersects with violence against women. In fact, the first time I ever heard about Julie, a colleague described her roughly as “that woman sportswriter who always gets threatened with rape.” Her coverage of the allegations against Chicago Blackhawk Patrick Kane garnered responses so vitriolic that there were times she made the decision not to go into work, genuinely afraid for her safety when online comments involved specifics about her whereabouts.

The reason the video is so affecting is because of the actual palpable discomfort the men reveal when they’re forced to read, to Julie’s face, tweets like “one of the players should beat you to death like the whore you are, Cunt,” and “I hope you get raped again.” The men ask repeatedly if they really have to say these things, and apologize profusely when they do. It’s a sad commentary that we need men to show us how bad things are for them to be taken seriously (women have been talking and writing about this reality for years,) but the PSA certainly does its job. At the time of writing, the video has been watched over two million times on YouTube.

Julie DiCaro is certainly on the extreme end of receiving online abuse, but her story resonates with so many women who talk about sports online, regardless of whether or not they’re high profile columnists, or fans trying to be part of a larger community. After Sports Illustrated ran a link to a rather innocuous tweet I wrote after John Gibbons’ dress comments, I received unsolicited messages for days about how stupid and wrong I was, and even an invitation to “come see my nudes.” (I understand it’s within anyone’s right to disagree with me, but receiving an onslaught of tweets from complete strangers who don’t otherwise interact with you doesn’t exactly foster intelligent discourse.)

When I briefly mentioned the Gibbons incident in a piece on recent MLB progress in gender equity and LGBT issues, a vast majority of the 67 commenters told me to “lighten up,” and “get a life,” and that I was “sucky and whiny.” They made accusations of ranting political correctness and McCarthyism. One particularly articulate commenter offered, “Blah blah blah blah sexism, blah blah blah blah racism, blah blah blah blah pay equity.” Another piece I wrote on baseball hazing garnered comments as predictable as “relax ladies quit whining,” and as out of left field as “offensive women journalists invading the privacy of men’s locker rooms in baseball.” Once, when I made the decision not to read the comments at all for the benefit of my mental health, one man took it upon himself to find me on Twitter, and gleefully tell me how terrible they were.

Now of course these are not as serious as the rape and death threats that DiCaro faces, but should I really be grateful that when I publish a piece dozens of strangers only feel the need to insult my beliefs and my intelligence? Should I actually be thankful that today someone only posted a comment that I was a hack, or that I write like “a middle school English student?” And really, what incentive does anyone have to write if that’s the kind of comment section they have to look forward to every time their hard work is read? (On my more cynical days, it just feels like women sports writers are sacrificing their well being for the good of corporate rage clicks.)

The direct abuse may be the worst of it, but it’s not the only part of it. This climate of inevitable cruelty conjures a nagging fear every time you write something, or simply have an opinion in a public way. I’ve now lost that excited feeling I once had when a baseball piece of mine was just about to publish. Instead it has been replaced with anxiety and dread, of second-guessing myself, and the act of reading and re-reading my work over and over again to ensure there’s no reason for someone to relentlessly attack me. If I am brave enough to have a sports opinion I know will inflame the masses, I hold my breath and prepare myself for every incarnation of said attack.

That’s no way to work and earn a living—and no way to live—no matter how many times people insist that’s the reality of the Internet, and that you should either suck it up, or hide away and find something else to do. Even if you’ve never been harassed, witnessing what women like DiCaro go through understandably discourages you from putting yourself and your opinions out there, which only further perpetuates the egregious gendered imbalance of voices in the sports conversation.

DiCaro’s PSA brought out criticisms that male sports writers and personalities also attract insults, harassment and abuse, and I don’t deny that is true. Sports culture certainly has a toxic underbelly that belies it’s “just a game” surface, and we’re all swimming in it daily. But it seems to me that men are driving a great deal of that toxicity, and that gendered insults have the very real effect of further excluding women from a realm they’ve been repeatedly told they don’t belong in. I have definitely had crisis moments where I’m not sure I want to do this work anymore, not sure if I can endure the trade off of my mental health to make a living, and I certainly know I’ve scaled back my public opinions on social media to deter abuse. That’s a horrible, exhausting reality given how hard I—and so many other women—have worked just to find even a minor voice in this male-dominated sports conversation.

The thing that saddens me the most about these conversations about online cruelty is how hopeless they feel. Every so often an essay is written, or a video is made, and we talk about how awful it all is, and nothing really changes. In fact, things only seem to get worse. (In a truly “gross, but of course” moment, Julie is currently facing harassment for talking about harassment.) It’s gotten to the point where I wake up in the morning and immediately check Twitter to make sure someone isn’t being creepy, threatening, or unkind. People tell us not to read the comments, not to feed the trolls, and to block, block, block, but that doesn’t solve the threat to our livelihoods, and actual psychic harm that this steady stream of hatred invokes. In fact, a recent Twitter conversation I had with a few women in sports revealed that they, like me, are actually afraid to ignore and block, as it escalates the situation, and makes abusers more obsessive, and more intent on causing harm.

So how exactly do we make things better? While I’m sure most of us agree threatening a woman with rape and murder online is wrong, there are lesser forms of abuse that masquerade as a simple difference of opinion. I would certainly never tell someone they don’t have the right to disagree, but I think it’s important to assess whether how you share that disagreement publicly forwards a conversation and sheds light on an issue, or if it simply contributes to harm. Adding your personal “this is f*cking stupid” to dozens of other similar comments doesn’t foster any dialogue, and instead just makes a single person feel like garbage.

I hate that online harassment has destroyed the former enthusiasm I had for being part of the sports community and writing about the game and the team I love. I hate that it fills me with fear, and doubt, and the question of whether or not I belong or should even bother. I hate that the days I’m unsure if this is a healthy space for me are becoming more frequent, and that I can feel myself pulling away from writing about important topics because I know they’ll just attract abuse.

Most of all, I hate that to be successful—or even visible—you are told you have to toughen up and “take it.”

I don’t want to end on Golden Rule platitudes, or warm and fuzzy calls for empathy. That kind of talk seems futile in the face of how intent some are on demoralizing and destroying others. I do however want people to understand that this abuse, in its many forms, resonates long after a single comment or tweet is read, and that online vitriol is silencing vital ideas and discourse. It will continue to cause harm long after the attention this PSA has rightfully garnered dies down.

Beyond thinking and saying online abuse is wrong, you should support those who endure it—not only in the interest of individual kindness, but for a better, more robust sports conversation for all of us.