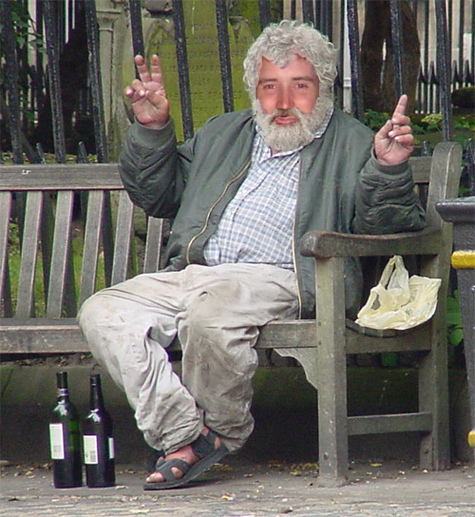 I’ve been waiting for way too long for one of the local beat writers to do a mailbag or chat for me to hijack that I was starting to think I’d have to take questions myself. And where’s the fun in that? Shitting on people who are expecting it? Pfft.

And so here we are, hijacking Gregor Chisholm’s lated Inbox post from BlueJays.com, titling this segment with a nod to a proto-no wave Yoko Ono song, and breaking the spirit of the unwashed masses!

So yes! Let’s take a dip into the Griff Bag’s infinitely less bent cousin, shall we?
As always, I have not read any of Gregor’s answers. If there’s a question you’d like me to answer, submit it to Gregor in his post and maybe he’ll select it for a future mail bag. Fingers crossed!

What do you think will happen when Devon Travis comes back? Is second base his spot, or does he have to outperform Ryan Goins to get it back?

The way Ryan’s been Goins so far (see what I did there?), are we sure it’s not going to be Darwin Barney’s job by the time Travis is ready to return?

I’ve always been skeptical of Goins as an everyday player, but that’s only because, apart from a crazy blip last summer when he walked 16 times in 86 August plate appearances (he’d walked 12 times over 211 PA in the first half), he’s never been able to hit. All through last year’s nonsensical “debate” about Goins or Reyes at shortstop, the thing was that as much value as Goins might be able to provide with his glove (and so far this year he hasn’t even done that, according to the metrics, though the sample is ridiculously small), he’s going to piss it away with his bat. He had that hot run at the plate back when nothing could go wrong for the Jays, and the pro-Goins crowd maybe got a little smug about it, but guess what? He still can’t hit.

Of course, despite the fact that Barney has shown a surprisingly strong bat in his short stint with the Jays, we know full well what he is, and it’s not good either. He sports a .246/.295/.340 career line (72 wRC+) over more than 2,000 plate appearances — right in between Goins’ passable 2015 season and his abysmal start to this one. On the other hand, Barney has been hot and could hardly be worse.

However it ends up, the idea of the 2015 version of Devon Travis coming back in the near future (and he’s finally getting into game action, meaning he’s probably a month away, or thereabouts) sounds awfully uplifting to Jays fans. It’s an exciting possibility! But there’s a thing about Travis, too: he hit better in the big leagues in 2015 than he did the year before… in Double-A. And he did so in a sample of just 238 plate appearances.

He also hit six home runs in the month of April, and eight on the year. The year before, in nearly double the plate appearances, he hit just 10.

Yes, he’s hit at every level he’s been to — hey, and so has Kevin Pillar! *COUGH*

Not that making that comparison is apt, or even fair, but I bring it up because while it might seem like evidence is pointing towards there being something truly special in Travis’s bat — and there might! — we’re a long way out from really knowing. And while it’s true that not every great hitter has to have started out as an elite prospect (and the Blue Jays’ best ones are a testament to that), what you really had from Travis in 2015, when you look at his monthly splits, is two 20-odd game hot stretches, book-ending an awful May while he was playing hurt. There’s a lot to like there, but there’s still not nearly enough data on him to feel like he’s definitely going to remain even a full-fledged major league regular going forward. There’s enough to be hopeful, but that’s as far as I’d go.

Still, as to the question here, either way — whether Travis is thrown into the starting lineup from day one or not — I’m sure it won’t be long before the job is his. His competition for the spot is, I’m sorry to say, replacement level.

I was wondering why there is such an emphasis on Aaron Sanchez having an innings limit but not on Marcus Stroman.

The simple answer is that Stroman has pitched 166.1 innings in a season before (2014), while Sanchez has only ever reached 133.1. The complicated answer is… um… there isn’t one. It’s a pretty simple answer.

True, 33 innings doesn’t seem like a huge difference, but when you consider that the benchmark for a starting pitcher over a full season is about 200 innings, obviously that’s twice the jump that Sanchez has to make. And while the “Verducci effect” isn’t something that teams are strictly abiding any longer (for good reason), they’re certainly careful about pushing young arms.

Also keep in mind that prior joining the rotation last year Sanchez had never thrown 100 pitches in a game before, and had in fact only thrown more than 90 twice. Stroman, on the other hand, crossed the 90 pitch mark 13 times in 2013 (including going over 100 eight times), then did it 18 more times (9 of which were over 100) the following year.

They’re different, is what I’m saying.

With the talk of Montreal perhaps getting a team and whispers of Vancouver being another potential location for a team, do you think British Columbia, Alberta or Saskatchewan could see some Spring Training games in the future?

I know global warming is happening faster than we thought, but… uh… I’m pretty sure it’s not going to be warm enough for baseball in March in Saskatchewan anytime soon.

What happened to Bo Schultz? It seems apparent that an arm like his could be of use right now with the struggles of the Blue Jays’ bullpen.

Schultz had off-season hip surgery that he is still not yet back from. He’s just now getting back into rehab starts, though. Which… I mean… sure, Schultz could help. Maybe?

I mean, he’s a hard-throwing right-hander who had some success last year, I guess. And his overall numbers are a bit skewed by the four runs hung on him by Baltimore last September 4th, in a game that saw him get just one of the five batters he faced out.

Schultz only pitched three more times after that, including another poor showing on the 12th (one run on two hits and just one out recorded), after which he didn’t pitch again until October 1st (and was a little bit rusty, giving up yet another earned run over 1.1 innings). He ended the season with a 3.56 ERA, but a 4.86 FIP, and a 4.21 xFIP, though at the end of August he sat on a much more respectable 2.48 ERA (though with a still-not-great 4.53 FIP, and a 3.91 xFIP).

But let’s maybe not go nuts about straight-up results here. Among relievers with at least 40 innings pitched last year, Schultz’s hard contact rate of 37% was the third highest — and that’s no way to live, especially for a guy who isn’t generating a lot of strikeouts.

He’s not going to be riding into the bullpen on a white horse.

I saw your article that did a rundown of all the Blue Jays’ injuries, but I didn’t see anything on Anthony Alford. What happened to his knee?

Uh… I appreciate your taking the time to write, Michael, but this might be a question better suited for Google. Y’know, if you’re into efficiency.

Anyway, yeah, Alford hurt his knee. Here’s what John Lott wrote for us this week (after talking to Jays trainer George Poulis, who in the Shapiro/Atkins era is now actually allowed to speak to reporters about players’ health):

The Jays’ top prospect jammed his knee sliding into home plate in Dunedin’s first game of the season and has been on the DL since then. However, he did play five innings in an extended spring-training game on Wednesday and is scheduled to do the same Thursday. Alford, a fleet outfielder, is wearing a brace to protect the knee ligaments that were “stressed slightly” in that slide, Poulis said.

So… that could be worse.

Will the Blue Jays ever sit R.A. Dickey and replace him with Hutchison?

I’d be a fool if I said this could never happen, but I do not understand why people are so fucking quick to want to write off Dickey. Especially for complete nonsense reasons like “Hutchison is better,” or “Thole is too bad,” or “Dickey isn’t good.”

I mean… OK, I do obviously get why he’s a lightning rod for fans, but for fuck sakes. Not only is Thole an entirely typical backup catcher (go look at the names of the catchers ranking 30-60 in plate appearances so far for fuck sakes-ing fuck), and not only was Hutchison sooooooo bad so often in 2015 (he averaged less than 5.1 innings per start, so go bullpen!) and not exactly lighting up the International League just yet this year, but let’s maybe think about what Dickey has actually been so far.

Nobody is going to tell you that those are great starts, but they’re not exactly horrific either.

Sure, his most recent start ended up pretty horrific, but he was fine for five of those innings against the White Sox. And in his home start against Boston in early April his knuckleball was legitimately working too well at times, as he struck out nine batters for the first time since sitting down 10 in July of 2014 (in the intervening period his high was seven, which he accomplished twice).

Those aren’t excuses, per se, because I understand that baseball just doesn’t work that way. But they’re invitations to think a little more about what Dickey is, how he gets to those numbers, and what he actually brings to the team. You can’t evaluate him like other pitchers, I don’t think. His ERA gets inflated because John Gibbons lets him keep soaking up innings despite the occasional wobble (and then he sometimes wobbles a second time). His FIP isn’t a great indicator of what he is because the knuckleball limits hard contact. He throws the ultimate “feel” pitch and usually struggles in part of the season when everybody’s getting a feel for things.

He’ll most likely be fine — and in the second half of last year, don’t forget, he tied with Marco Estrada as the second most valuable pitcher in the American League (behind David Price) by RA9-WAR.

“But these games matter just as much as the ones in September and YOU OBVIOUSLY DON’T GET THAT,” comes the last line of defence from knee-jerk toads evidently unequipped to filter even the meagrest signal of logic from the noise of their emotions.

I know, Chris L. from Scranton, that you’re not being like that, but I see people do it, and hooooooly pisspants, everybody gets that games now mean as much in the standings as those later! The first inning of a game is no less important than the ninth, either, but you don’t yank your pitcher that early unless you really, really have to — not because the inning isn’t important, but because you’re not just managing that inning, you’re managing the whole game, or for the whole series, or for longer.

Want to tax your bullpen for the rest of the series? Want to start siphoning off rotation depth you know you’re going to have to rely on down the road? Hoookay, cowboy, but you damn well better have a solution that’s going to make a difference now and not make you regret it in the long run. Otherwise, maybe consider sitting the fuck down just yet.