Between 2011 and 2014, Clayton Kershaw won every National League Cy Young Award — except for one. In 2012, knuckleballer R.A. Dickey took home the award after his excellent season with the Mets, in which he went 20-6 with a 2.73 ERA and 230 strikeouts, getting in the way of what would have been Kershaw’s second career Cy Young.

Now it’s 2016, Dickey plays for the Blue Jays, Kershaw is the best pitcher in baseball, the Dodgers are rolling into Toronto for their once-in-every-like-six-years visit, and we’re about to witness the battle of the NL Cy Young winners!

Okay, okay, that’s a pretty lame narrative heading into a game, I know. A Clayton Kershaw vs. R.A. Dickey start in 2016 doesn’t really have the Clash of the Titans, Cy Young heavyweight against Cy Young heavyweight battle  that would be featured during every commercial break on ESPN’s showing of Sportscentre vibe to it, but you get the point.

Before we get into this marquee pitching matchup from 2012, let’s talk about yesterday’s game, which featured Marcus Stroman and rookie sensation Kenta Maeda from Japan.

Since entering the league this season, Maeda has been damn near unhittable. Like actually, though. In his first four career starts, he threw 25 1/3 innings and only allowed one earned run on 17 hits and five walks. And that even included a trip to Coor’s Field in Colorado!

In his last start before yesterday, he was roughed up a little bit by the Miami Marlins, allowing four earned runs on seven hits in six-and-two-thirds innings. So maybe the league had figured this guy out right in time for when he was going to face the Jays?

Well, not quite. Maeda put his ugly start against the Marlins in the rearview mirror and tossed a dandy (well, six innings of a dandy) last night in Toronto. Through his six innings, Maeda allowed only two hits, four walks, and struck out seven. Unfortunately, one of those hits was a Jose Bautista home run, and one of those walks came right before that home run. So the Jays grabbed two runs off of the rookie before he was pulled from the game.

In the top of the seventh, right after the Jays had grabbed him the lead, Marcus Stroman gave it right back. He looked like he was about to cruise through another inning, but with two outs, he allowed Joc Pederson and Carl Crawford to club back-to-back doubles, and Chase Utley to smack an RBI single before finally getting Kyle Corey Seager to ground out to end the inning.

After that, it was a game of bullpens. And unlike it has been for the entirety of this young season, Toronto’s ‘pen won the battle.

In the bottom of the eighth, Edwin Encarnacion hit a one out ground rule double, which prompted Joe Blanton (who’s still in the league, apparently) to intentionally walk Justin Smoak to face Kevin Pillar. Clearly enraged that Blanton decided to walk somebody who swings at even more pitches in the dirt than he does, Pillar smashed a line drive three-run home run to centre field, giving the Jays a 5-2 lead that was safe enough for Drew Storen to be brought in to navigate through the ninth.

Stroman has struck out 17 batters and has allowed three earned runs over his last 15 innings. #BlueJays

The @BlueJays have selected the contract of UTL Andy Burns from Buffalo (AAA). RHP Ryan Tepera has been optioned to @BuffaloBisons.

Before the game yesterday, the Jays recalled Andy Burns from Triple-A Buffalo. The corresponding roster move was to send right-handed reliever Ryan Tepera back to the farm, which makes sense, because before that, the Jays were operating with an eight man bullpen, and after this series against the Dodgers, they’ll be heading to San Fransisco for a series with the Giants, in which they’ll need some versatility on the bench. And Burns, if he brings one thing, it’s exactly that. He plays all the infield positions and both the corner outfield positions, so he can be thrown pretty much anywhere on the diamond.

In other news, Alex Anthopolous was around yesterday, because, if you hadn’t heard, he works for the Dodgers now. John Lott wrote an excellent piece for this website that goes over what AA talked about with the press, including how he wanted Ben Zobrist, traffic in L.A. is terrible, and that he’s happy with what he accomplished in Toronto.

Also, apparently the reason Drew Storen was in to pitch the ninth inning yesterday wasn’t just to stress everybody out, but it was instead because Roberto Osuna is being bugged by a groin injury.

Here we go! The Cy Young Award winner battle we’ve all been waiting for!

Clayton Kershaw, as we all know, is the best pitcher in baseball. So far on the season, he’s tossed 46 innings, allowing just 10 earned runs on 30 hits and three walks while striking out 54. So….. uhhh, yeah. I don’t think I need to go into much detail about how damn good this guy is, and how fun it’ll be to watch him pitch so long as you aren’t dedicated to the idea of the Jays scoring a bunch of runs today.

If there’s one guy that hits Kershaw well, though, it’s Troy Tulowitzki. Playing all his career in Colorado, a National League West team, he’s seen his fair share of the legendary lefty in the past. In 36 at bats against Kershaw, Tulo has 12 hits, including three home runs. So, well, as odd as it may sound, maybe facing the best pitcher around will break Tulo out of his cold spell? Is that how that works?

And on the other side, the other former Cy Young Champ, R.A. Dickey! Dickey had the best start of the 2016 season earlier this week against the Rangers, which is a good sign. Such as he always is, Dickey had been pretty awful to being the season up until Monday, but again, such as he always does, he’ll turn it around. And maybe his last outing was the start of that? He went six-and-a-third, allowing just one run on six hits and three walks, which is definitely a step in the right direction.

Oddly enough, only three players on the Dodgers have ever faced Dickey before. A.J. Ellis and Howie Kendrick each have three at bats against him, so that isn’t worth talking about, and Chase Utley, who used to play for the Philadelphia Phillies, a divisional rival of Dickey’s former team, the Mets, has a .364 batting average against the knuckleballer in 11 at bats. 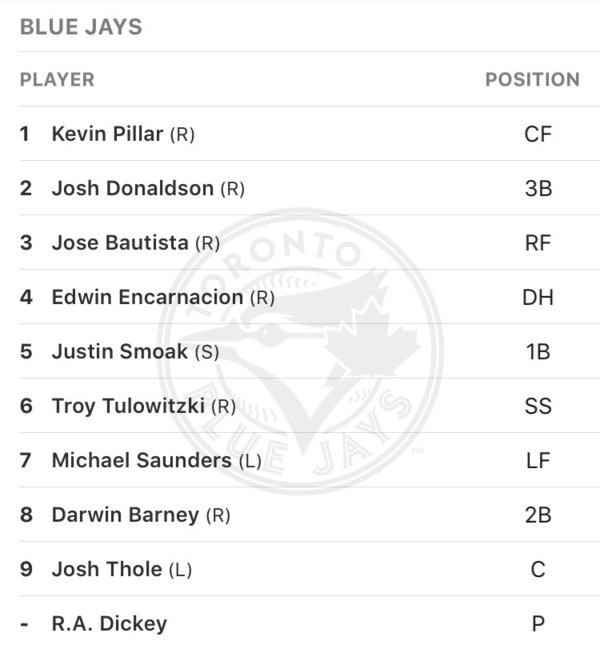 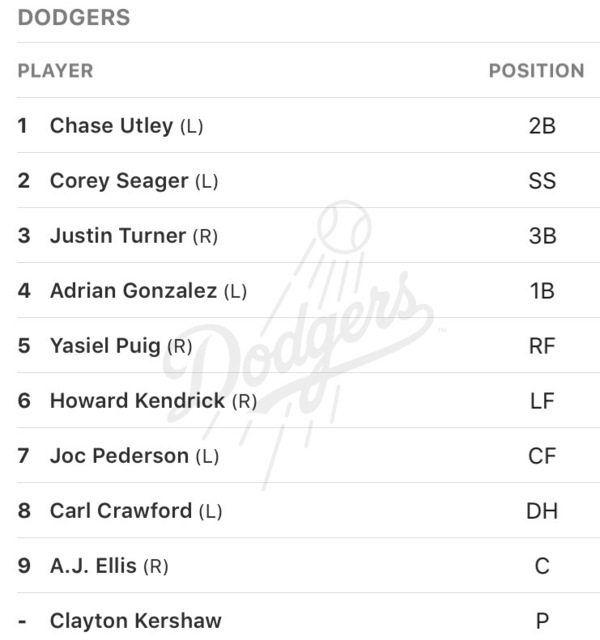