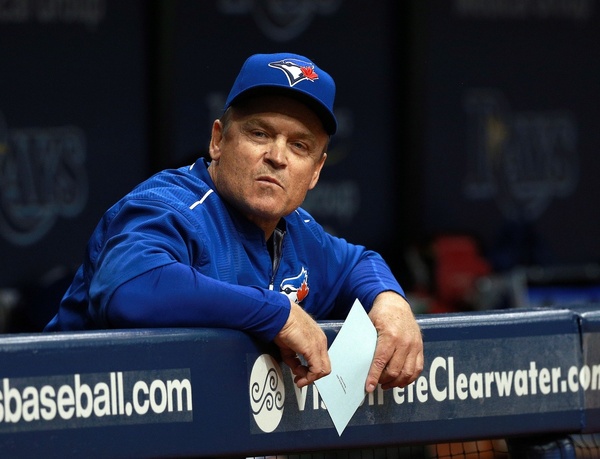 “If you’re a Blue Jays fan worrying about their chances in the postseason, you have reason.” So say Dave Shoenfield and Christina Kahrl in a piece this week from ESPN.com, as they describe the manager they rank dead last among all 30 in the big leagues: John Gibbons.

These rankings are based on some vaguely “sabermetric” methodology that isn’t ever really explained, so it’s hard to know where to begin with this or how Gibbons ended up ranked so abysmally compared to his peers — the “why” of these rankings sure as hell isn’t ever explained. But one thing seems abundantly clear: that the key criticisms cited can truly fuck right off.

Before I tell you what those criticisms are, though, let me first split them into ones that I know are criticisms, and ones where I have no idea if they’re even criticisms or not. Among the latter are:

As for actual criticisms, we get this:

So, uh… let me get this straight: because the Jays started both this year and last with shitty bullpens that they had to almost completely rebuilt on the fly, and ended up losing a bunch of one-run games in the process, and because he has been aggressive in making replay challenges (often, one might assume, as a way to stick up for one of his players who feels aggrieved by a call) and as such has ended up on the wrong side of a few too many, not only is John Gibbons not a good manager, but he’s somehow the worst manager in baseball???

I mean, look, I’m open to the idea that John Gibbons may not be a great tactical manager, or even a great manager. I don’t necessarily agree, but it’s certainly a fair question to ask. It’s just… the worst? Huh?

Granted, I mostly love John Gibbons as a character, as a guy who truly seems to work well with people, and who always seems to have his players’ backs (unless you show him up, Ted Lilly). I like that Gibbons has a great spirit about him — I was speaking with one of the beat writers who follows the club about Gibbons, and he marvelled at the way the manager keeps an even keel, and starts every new day with optimism, despite what gut-wrenching things may have gone on the night before. But beyond all that intangible bullshit, I do think Gibbons can manage tactically, as well.

I thought he got a little bit exposed down the stretch last season and into the playoffs — though I think that’s almost always going to happen as the stakes are raised and every single decision becomes the subject of suffocating levels of scrutiny — and I don’t find the way his clubs consistently under-perform their Pythagorean record especially comforting, but there is genuinely a lot to like, too.

Going against lineup orthodoxy by hitting Josh Donaldson second, and leading-off with Jose Bautista (or Troy Tulowitzki) I think is a solid point in his favour.

I don’t think he makes particularly egregious decisions with the bullpen. He doesn’t necessarily manage to the save either, or wait for a save opportunity that may never come when in a tie game on the road (though I’ll admit I’d have to look these sorts of things up before I said so too confidently). His supposed overuse of multiple relievers in an inning is surely a function of guys getting their asses handed to them. And if he was sometimes leaving pitchers in a little too long in the early going, as spurious as it might be for me to believe this, I really do think it was often with a purpose — a trust exercise of sorts, and one that would allow him to justify a quicker hook later on.

That, of course, is the kind of bullshit excuse-making I probably wouldn’t have let stand for in someone’s defence of Cito Gaston years ago, but there are more tangible things, too. I mean, if Schoenfield and Kahrl can qualify the comment about Gibbons’ underuse of platoons, why not use the same sort of logic before placing blame for the revolving-door bullpen’s struggles on the manger? Why no suggestion that maybe the disparity between his clubs’ actual records and their Pythagorean ones is a function of precisely that bullpen construction theory, or maybe of the way they’re always playing for the big inning and so maybe bloating half the equation?

Is that last bit even a thing? I don’t know! But it’s at least something to think about, which is more than I can say for whatever we’re being told in this confusing mess.

Jays fans “have reason” to be worried about the team’s chances in the postseason because of their manager? Um… OK. Maybe! Would be nice to have at least some concept of why anybody might think that way, though.