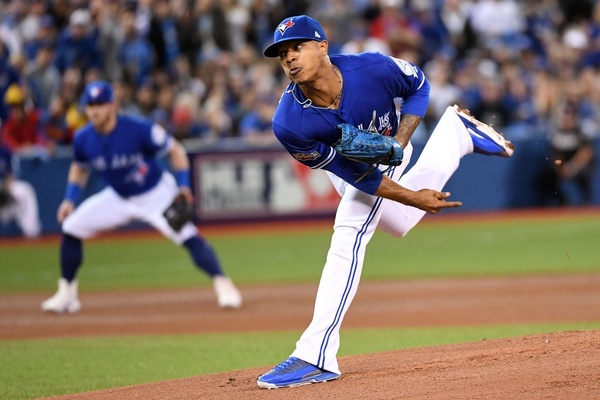 Charlie Blackmon turned 30 on July first. He was an everyday player the previous two years and about a league average hitter. In 2016 his offensive numbers jumped, which powered him to a four win season and has made him the subject of no small amount of salivation from Jays fans looking at Colorado’s outfield surplus now that they’ve bizarrely added Ian Desmond for five years, $70 million, and the eleventh overall pick. (Note: Yeesh!)

Going forward, is Blackmon going to be the guy that he was in 2016? He did hit those home runs, and it’s not wild to think that a guy might see a power uptick as he enters his 30s, even though that would generally be considered late. And if he was that guy going forward, that’s a pretty terrific player. If I were a team looking at him, though, I’d be worried about things like a BABIP rise (.350 compared to a career mark of .330 and .325 and .315 in the two previous years); a HR/FB rate of 16.2% after coming into the season fairly steadily around 10%; the fact that his hard contact rate was the same as his 101 wRC+ 2015, as was most of the rest of his batted ball profile. And the fact that UZR seems to like him less by the year (though his DRS rebounded to a still-below-average -2 in 2016, from a -8 the year before).

Does that mean Blackmon is just a mirage? Hardly. And he managed to cut down his ground ball rate and increase his line drive rate in 2016, which could be positive signs, if sustainable. Plus he’s a good base runner, and though his defence is pretty meh in centre field, that could give him a healthy uptick if he were to move to a corner and continue his progress with the bat. He could have an Adam Eaton-like season in him, maybe — and Adam Eaton was just traded to the Nationals from the White Sox for an absolute ass-load of value.

But Blackmon isn’t Eaton yet. He maybe never will be. Moving out of Colorado makes it seem probably even more unlikely. And while Eaton’s contract is very team-friendly — he’ll make $4 million in 2017, the $6- and $8.4 million the following two years, with a $9.5 million club option and then a $10.5 million one in the years that follow — Blackmon has just two years left before free agency.

According to MLBTR’s abitration projections, Blackmon is due $9 million this season. Marcus Stroman, who has four years left until free agency, is projected for just $3.5 million. You could even make the argument — or at least try to make the argument — that he was actually, quietly, the Blue Jays’ best starter in the second half. FanGraphs’ version of WAR says so, pegging him at nearly a half win better than Aaron Sanchez (1.8 to 1.4). And while using fWAR isn’t very friendly to some of the Jays’ FIP-busting starters, Stroman’s 1.8 second half fWAR ranks him 15th of 75 starters, just a hair behind David Price, Jose Quintana (a creep I’ve been told can roll), and Chris Archer.

I’d like to see fewer home runs given up by young Marcus, but there was a whole lot to like about him this year — especially after he stopped doling that thing he was doing earlier in the season where he wasn’t striking guys out.

Now obviously this stat is misleading because xFIP normalizes an HR/FB rate that maybe for a guy like Stroman shouldn’t be normalized (HDMH, but lack of downward plane can make you homer-prone), but holy shit, here are the top five pitchers in the second half by FanGraphs’ wRC+-like pitching stat xFIP-:

None of which is to say that Stroman is the perfect pitcher or won’t still see his share of struggles. But all of this is to say to the tweet below, holy balls, no way, no how, no thanks, piss off and good luck to you, Rockies.

#Rockies have interest in #BlueJays starter Marcus Stroman, but Toronto isn’t willing to trade him for Charlie Blackmon, straight up. @MLB