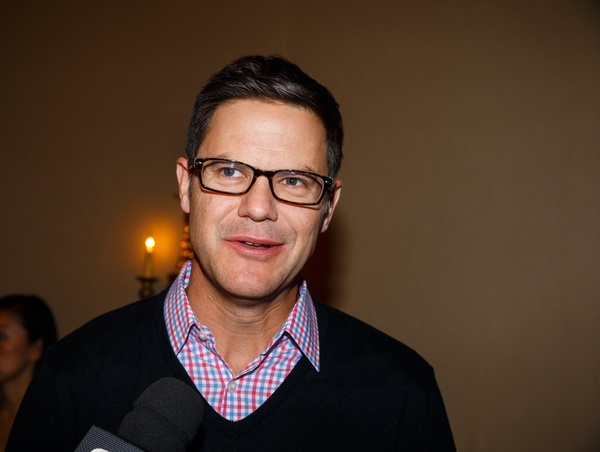 Blue Jays GM Ross Atkins spoke to reporters on Wednesday evening down at the MLB Winter Meetings in Jerkwater, Maryland, and some of the things he said even made sense!

Uh… not all of them, entirely, but I guess that means we have our work cut out for us as we try to unpack a healthy number of tweets from the GM…

i. On Edwin Encarnacion…

Ross Atkins on EE: “There’s no news…If there’s a way – I don’t see it, I don’t think Paul sees it either – but we haven’t stopped trying.”

It’s cute that Atkins says they haven’t stopped trying, and apparently there are still talks there. Bob Nightengale suggests that “unless there’s a surprise entrant,” Edwin’s finalists will come down to Toronto or Cleveland, but I don’t see how it’s going to happen either — not the Jays landing him, nor there being nobody else that steps up.

I’m still confident Edwin ultimately gets his and all the whinnying Jays fans who can’t believe the club didn’t see the downturn in his market that literally no one saw (least of all Edwin and Paul Kinzer, who had more information and incentive than anyone to read the market correctly, and literally will have cost themselves millions upon millions if this actually happens) will have wasted their energy.

Hey, but what do I know? I mean shit, I actually think Edwin in Cleveland would be a great thing for that team and for baseball, and I think that, if the Blue Jays pull it off, an off-season haul of Fowler, Morales, and Pearce would clearly be bigger than Edwin, Jose, and Michael Saunders, or some combination of the three.

And so that’s all we really need to say about tha… oh… hold on… wait a second here, it looks like we have Ross Atkins about to put his foot in his damn mouth.

More Atkins: “Getting the most out of Kendrys Morales, Steve Pearce, Justin Smoak and Edwin Encarnacion would be very difficult to do.”

I mean, look. Obviously everybody is going to see that and seize on Smoak’s name. Shit, even Drew and I were both quick to make quips about it…

It doesn’t matter how big a number you pick, zero times anything always equal zero https://t.co/dm5It6ROns

Counterpoint: Getting the most out of Smoak is pretty easy if you just build a raft, place it in the sea, leave trail of crumbs leading to t https://t.co/GSkO99Fg8N

… but the thing is, if you’re reading that comment as saying “We have Smoak, so we can’t have Edwin,” you’re missing two whole other names. Four, if you count first and last names! And you’re also missing the fact Smoak and Edwin coexisted just fine (apart from, y’know, Smoak sucking) for the last two years as well.

I’m sure it would be very satisfying to have someone to despise for Edwin ultimately ending up elsewhere, but it seems like it was something that just genuinely didn’t work out (apart from, y’know, the fact that, if they land Fowler, it will have worked out better). We can’t reset the game and play out the off-season knowing from the start what we know now, unfortunately.

Still, Ross, maybe don’t hand that straight to the morons to throw back in your face, eh?

And if the GM was trying to help his case by continuing to speak, this ATKINSBOT malfunction… uh… didn’t…

Atkins: “What that money spent means, what we don’t spend to acquire an OF and what are we doing at that position…” (1of2) #BlueJays

… and what are we doing at other positions with that level of dollar committed.” #BlueJays (2of2)

… or maybe it did help! I have no idea, because I have absolutely no idea what he’s getting at there.

ii. On finding an outfielder…

Big picture:
•#BlueJays do like Fowler
•they have multiple plans to choose from
•EE return looks very unlikely
•little brewing on Bautista

Multiple plans  to choose from? Well that’s good, but not all plans are created equal.

Ben’s Sportsnet colleage, Shi Davidi, has a piece that elaborates on these plans, and… uh… well… it at least sounds pretty good at first!

“The St. Louis Cardinals appear to be their main competition for the ideal-fit outfielder and leadoff man,” he writes, referring to Fowler, “but they’re also believed to be after Charlie Blackmon, whom the Colorado Rockies could flip after reaching a $70-million, five-year deal with Ian Desmond. If the Cards get Blackmon, or another centre-fielder in trade, than the Blue Jays probably get Fowler at their price-point. But if St. Louis doesn’t and they ink the Chicago Cubs star, general manager Ross Atkins will still have plenty of options to pick from.”

Not bad. Not bad.

Shi adds that “Atkins intriguingly said the Blue Jays don’t feel like they need to move off their positions in unspecified negotiations. But there may come a point when, to use Friedman’s phrasing, some irrationality may be needed to ensure the player they really want doesn’t get away.”

But… uh… then later we get this:

The Jays now “are left waiting for Fowler to play out. And if not him, some combination of Ben Revere, Michael Saunders, Brandon Moss, Bobby Wilson, Geovany Soto, Chris Iannetta and some relievers. Or perhaps a trade for a player making some money a team is looking to get rid of and requires little prospect capital in return.”

I mean, I appreciate that Atkins can’t suggest that all of his eggs are in Fowler’s basket, but holy shit, that’s a pretty fucking dispiriting list. LET’S GET IRRATIONAL.

Or maybe we don’t even have to…

GET THAT DESIRE UP, SON.

Especially since… uh… this:

Atkins says #BlueJays tried for traded stars but were “asked for players from our major-league team. Our system just isn’t good enough yet.”

“We’ll get there, we’ll be there,” he adds. “That’s part of what our strategy is now, to get to that point where we could land that calibre of player without taking away from our major-league team.”

That’s also why your strategy should be PAY DEXTER FOWLER AND STOP MAKING CONTINGENCIES WITH THIS PLAN C SHIT!

Sorry. Apparently I have thoughts on Fowler.

Asked if there’s selection on trade market beyond top-tier OFs like Adam Eaton, Ross Atkins said “there always is” #BlueJays

It’s getting real close to time to stop saying things to soothe fans’ jangled nerves, Jays. Time to start doing things to do so. (Though… fuck. I’m sure it’s fine to keep waiting some. The season doesn’t start tomorrow. It’s just… come on! So close to landing the one perfect piece that would make this really a very, very good off-season — within realistic expectations. Let’s go!)