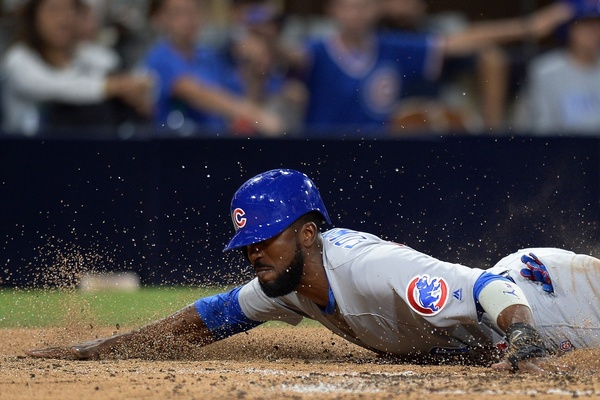 Bob Nightengale tweets that the Cardinals and Dexter Fowler do indeed have an agreement in place, and they intend to finalize it tomorrow. That still, theoretically, gives the Blue Jays a chance to jump back in, but Derrick Goold of the St. Louis Post-Dispatch tweeted earlier that the Cards had made an “over-the-top” offer that was sure to land him, and Jon Heyman adds that the payout is “expected to be big,” and suggests he’s hearing five years and $80 to $90 million, which… yeah, is damn big. Probably too big, even.

That doesn’t make this any less of a bitter pill to swallow, though. Fowler, despite not being perfect (Drew, for example, cited his durability as a problem earlier tonight, especially if he were to be moving onto turf), was clearly the Jays’ best option on the free agent market — he was the best free agent position player not named Cespedes — and the free agent market was obviously their best way to improve the team because those players only cost dollars and not prospects.

[Programming note: I’m going to spare myself any more of the poisonous back and forth about this that’s going on over on Twitter right now and have some damn drinks. But I’m sure there will be plenty of time for you to vent about the Jays and Rogers at me tomorrow!]

At the time of this writing (which I’ll update if anything changes), none of the major guys have confirmed anything about Dexter Fowler — the Blue Jays’ current top choice on the free agent market, if most reports are to be believed — is about to head to the St. Louis Cardinals.

We do, however, have a St. Louis reporter saying that he has a club source that’s confirmed Fowler will be there to take a physical tomorrow, and a tweet from USA Today’s Bob Nightengale about a deal getting close — a tweet of exactly the kind that you see when deals are getting close.

Have confirmed with @Cardinals that Dexter Fowler will take a physical here tomorrow in St. Louis. @KSDKSports

The #Stlcards moving close to deal with Dexter Fowler, hoping to finalize soon

Could Cusumano be getting bad intel? Could — and forgive my cyncism — Nightengale be simply parroting all the chatter to appear more plugged in?

I doubt it, but right now we’re just going to have to wait and see…