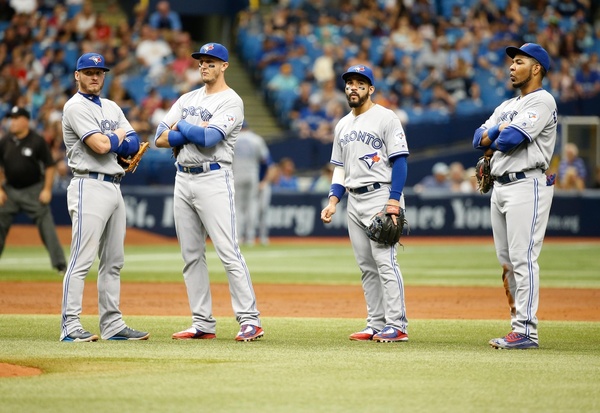 The Dodgers are the latest team to give a shit ton of money to a reliever, splurging $80 million over fives years to keep their incredible closer, Kenley Jansen. It’s an eye-popping amount for a closer, especially given that long-term relief pitcher contracts notoriously tend to end badly. But sometimes an overpay is simply the cost of doing business—a necessity if you want to actually get the player, rather than ending up looking for considerably worse alternatives while convincing yourself you did a great job in terms of finding value.

The Blue Jays weren’t reported to have been in on Jansen, and that’s unsurprising. Despite their massive success over the last two seasons, the Jays behave as though they need to worry about making costly mistakes quite a bit more than the big-money Dodgers do. So far we’ve heard of them being in on expensive players like Edwin Encarnacion and Dexter Fowler, but only to a point—only so long as it makes sense for them. Only so long as it’s rational.

The Real Life Podcast Ep. 347 – Feeling Pissy and a chat with the On The Bench crew

Gamethread Game 36 – Rumble from the jungle