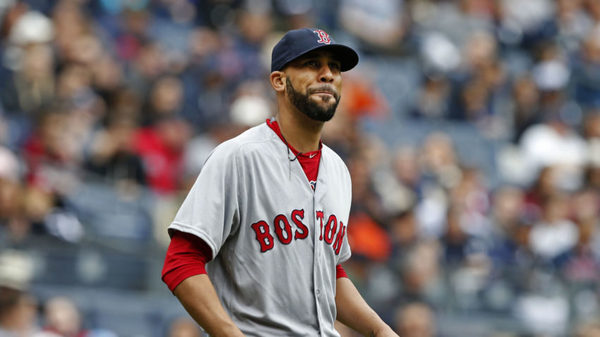 I know, I know, I’m supposed to be solemn and say that I don’t ever want to see anybody injured — and that’s very much true. It’s maybe even more true than usual in the case of Price. He was outstanding in every way imaginable during his brief Toronto Blue Jays career, and it’s not like it was his choice to leave (I seem to recall hearing from a clown or two that THE JAYS DIDN’T EVEN OFFER HIM A CONTRACT MEUUUUHHHH!!).

You gotta like David Price. How can you not? And you gotta feel for him if the news today out of Fort Myers is as bad as it could potentially be.

And yet… at the risk of bad karma… you gotta like Red Sox misfortune, too.

In case you haven’t heard, Jim Bowden of ESPN.com tweeted this morning David Price had an MRI on his elbow this morning and is seeking a second opinion about the results. Tim Britton of the Providence Journal added that the appointment will be with Dr. Neil Attrache (who is famous enough by now that he should at least have lent his name to a line of attaché cases) and the even-more-famous Dr. James Andrews.

If you’e a pitcher, these doctors are famous for all the wrong reasons. And, as Keegan Matheson notes, “rarely does one get a second opinion if they liked the first.”

This is all still verrrrrry speculative at this point, but it gives us a moment to think about the Red Sox, who are the clear, unquestioned favourites to win the AL East again. But… um… about that…

Which is precisely why a potential major injury to David Price, as shitty as that would be for him and his fans (among them a great many Jays fans, myself included) and the division and the game of baseball, is friggin’ massive.

The future isn’t written if it turns out he’s fine. The Jays can still win the division or have an incredible season if they don’t. You’d hate for the race to tighten this way. But oh man… it might be about to.