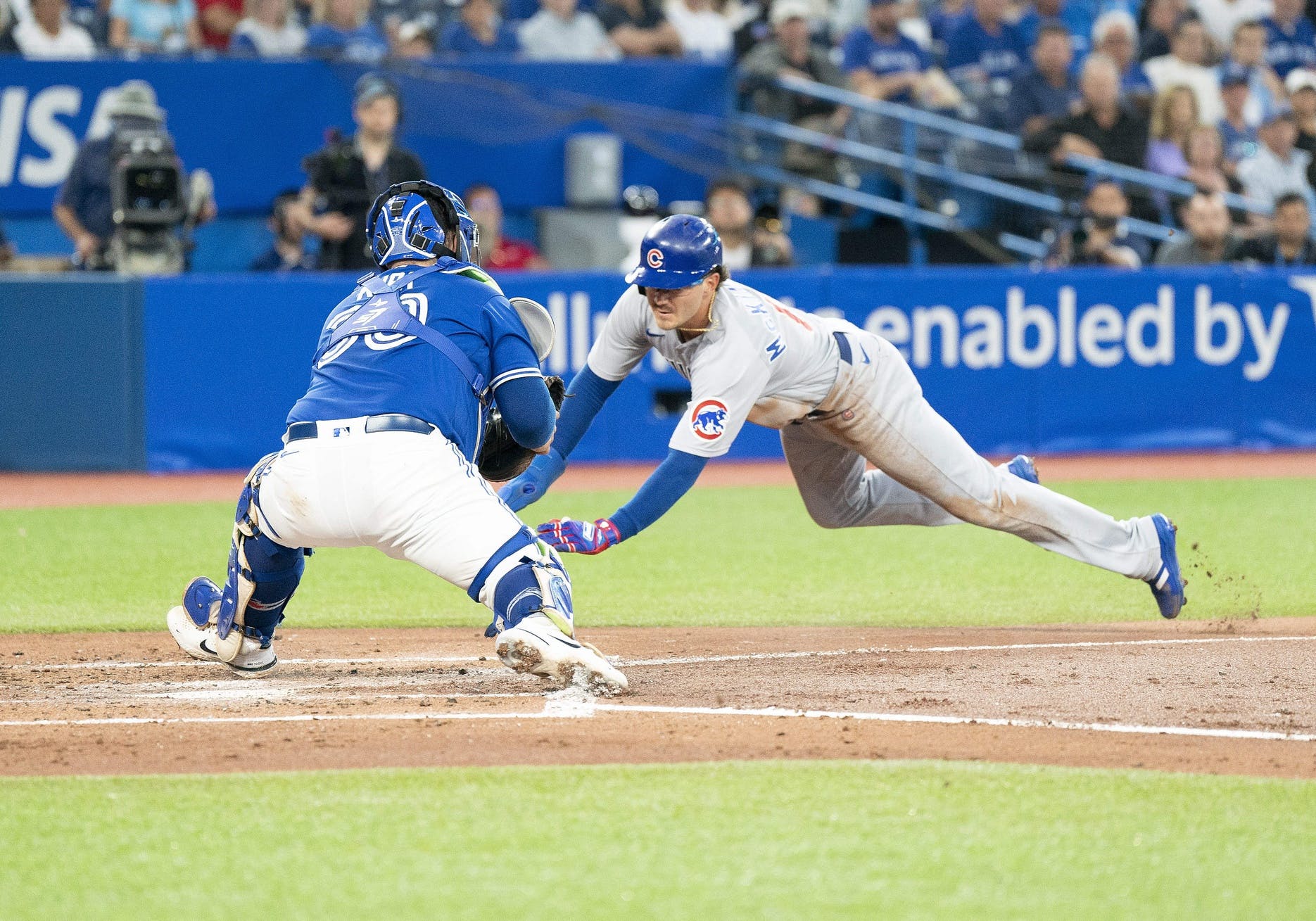 By Evan Stack
5 months ago
Although the Jays took the first two games of this series against the Cubs, it was clear that Chicago wasn’t going to be an easy out. Both games required Toronto to come back from early deficits, and tonight, the early deficit was a little too much to handle. Chicago jumped out to an early 5-0 lead and never trailed to avoid the sweep in a 7-5 win.
It was another rough go for Mitch White, who allowed 6 runs over 4 and 2/3 innings, elevating his ERA to 4.67. White ran into trouble early on, as Cubs batters forced deep pitch counts. White threw 70 pitches in the first three innings, and similar to his other starts with the Blue Jays, had a lot of traffic on the bases.
The Cubs countered with a bullpen game, throwing a total of seven pitchers at the Blue Jays offense. Although the Jays were able to have a little bit of a rally, the likes of Manuel Rodriguez, Mark Leiter Jr., Michael Rucker and others kept the Blue Jays from ever taking the lead. Three of the Blue Jays top 5 batters in the order – George Springer, Lourdes Gurriel Jr., and Bo Bichette, combined to go 0-for-12 on the night.
Toronto got two big home runs tonight from guys who haven’t homered in a long time. With the Cubs in front 5-0, Cavan Biggio hit his 4th home run of the season, a 2-run shot to cut the lead down to three. It was Biggio’s first home run since August 8th at Baltimore.
With the 5th inning likely being his last, White failed to get out of it unscathed, as Franmil Reyes did the one thing he’s good for – hitting home runs. Reyes jumped on a White fastball and pulled it into the Cubs bullpen in right field for a solo home run, giving the Cubs a 6-2 advantage.
The Blue Jays would stay afloat thanks to a 3-run home run from Alejandro Kirk in the 6th inning, his first since July 26th against St. Louis. From there, the Cubs would score another run in the 7th, and never look back. The Blue Jays won the series, but at this time of year, a sweep instead of a simple series win is what separates the good from the great.
The Blue Jays now head to Pittsburgh to face another low-tier NL Central foe, and with the Rays, Mariners, and Orioles winning tonight, this series becomes extremely critical for Toronto. They’ll have Thursday off, but Alek Manoah will kickstart things on Friday against Tyler Beede. Beede owns a 1-4 record with a 4.88 ERA on the season, making him a perfect candidate to put up a career performance against this Jays offense.