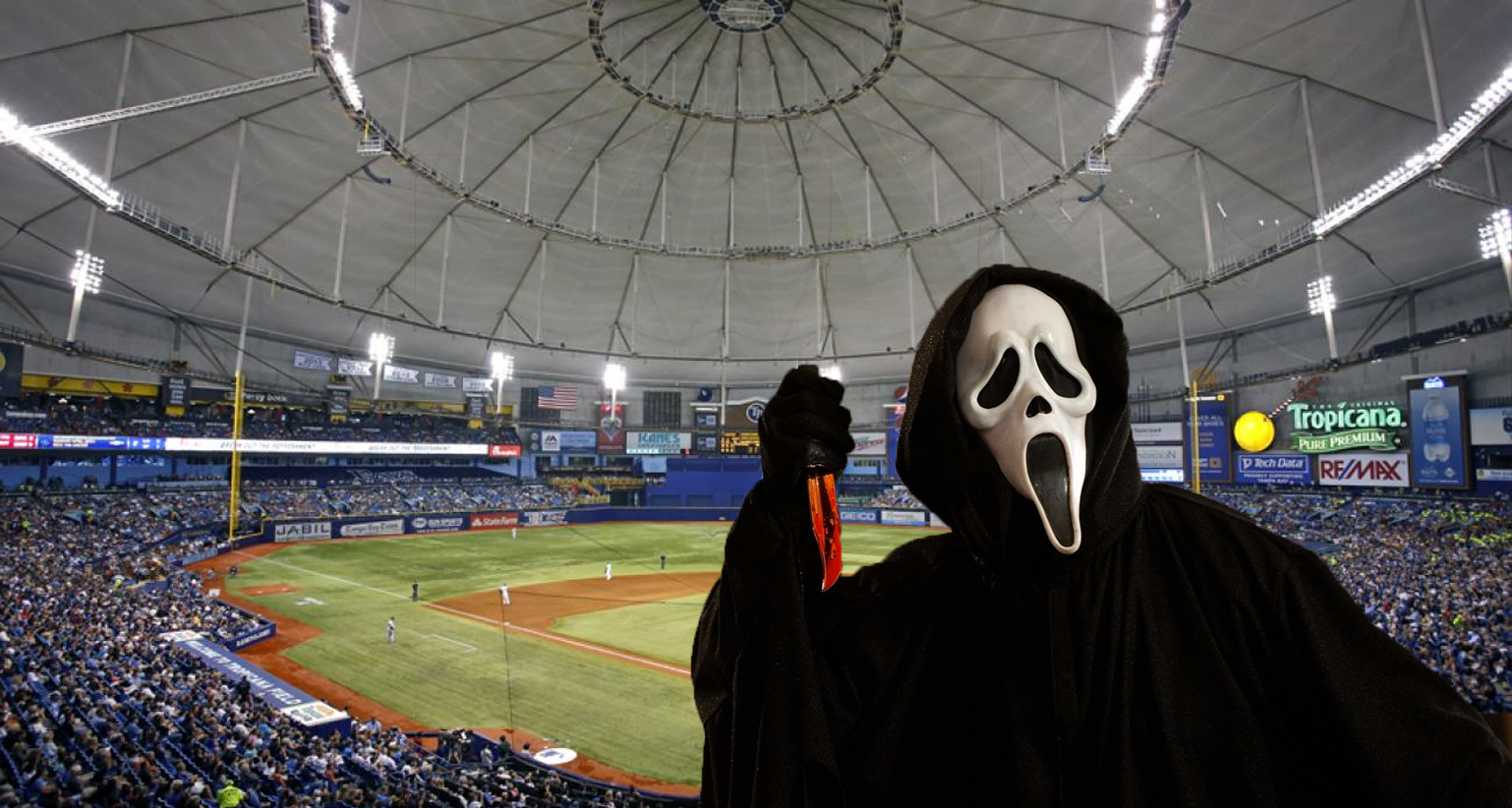 By Cam Lewis
1 year ago
After Gerrit Cole got shelled on Sunday afternoon by Cleveland, Robbie Ray was presented with an opportunity to essentially lock up the American League Cy Young with a strong outing on Monday in Tampa Bay.
Unfortunately, that didn’t happen, as the Rays made life insanely difficult for Ray. They took borderline pitches, had calls go their way, fouled pitch after pitch after pitch off, and finally broke through with a big three-run homer in the fifth inning after Ray had walked the tightrope in the first few.
All told, Ray went four-and-two-thirds and allowed three earned runs on seven hits and two walks while striking out five. The damage all came with that aforementioned three-run bomb off the bat of Yandy Diaz.
Ray’s ERA for the season now sits at 2.72, slightly up from the 2.64 number he had after his excellent outing against these same Rays in Toronto last week. Cole is at 3.03, while Ray also leads in terms of strikeouts with 238 and innings pitched with 182.
It wasn’t a bad start for Ray, per se, as you have to tip your hat to the Rays, a very good team offensively, for their great approach, but the one worrying part that stuck out was Ray’s velocity. Ray’s fastball velocity sat 1.2 mph below his season average. Hopefully, it’s simply the result of Tampa working Ray to have some long innings.
The Blue Jays were down 6-2 heading into the ninth inning and nearly mounted a comeback, but the Rays got quite a bit of help from home plate umpire Ron Kulpa.
George Springer led off the inning with a single and Marcus Semien made the score 6-4 with a two-run homer. After that, Vladdy took a walk, bringing Bo Bichette to the plate as the tying run. Bo saw four balls in that at-bat but wasn’t issued a walk as one of the pitches outside of the zone was called for a strike. He wound up flying out for the first out of the inning. It was a similar situation for Teoscar Hernandez, who watched a ball get called for a strike and then wound up striking out.
Danny Jansen kept the game alive with a two-out single and Lourdes Gurriel worked a walk to load the bases. Pinch-hitter Breyvic Valera came to the plate and, yet again, a pitch outside the zone was called a strike. I mean, we can’t complain about this one too much, as Valera didn’t swing once in the at-bat and watched strike three go past him in the zone, but, still, the Rays were getting calls in their favour that Ray certainly didn’t get earlier in the start.
The Blue Jays are now a half-game up on the Yankees and they’re a game-and-a-half back of the Red Sox. Monday’s game represented one of the two games Toronto had in hand on Boston so they’re no longer in control of their own fate when it comes to catching the Red Sox.
The Yankees play Texas again tonight while the Sox begin a two-game set with the Mets. Our old pal Marcus Stroman takes the mound, so hopefully, he can do us a solid.
Also, one more thing…
What?!?!?!?!
I really, really, REALLY hope this isn’t true (I don’t believe it is) because that would be totally insane. Like, you need to know where your team and others are at in the standings so you can manage accordingly. I mean, is Charlie going to roll into a game in late September against the Yankees, tied in the standings, not be cognizant of that, and use, like, Tayler Saucedo in a high-leverage spot because of it?
Uncategorized
Recent articles from Cam Lewis