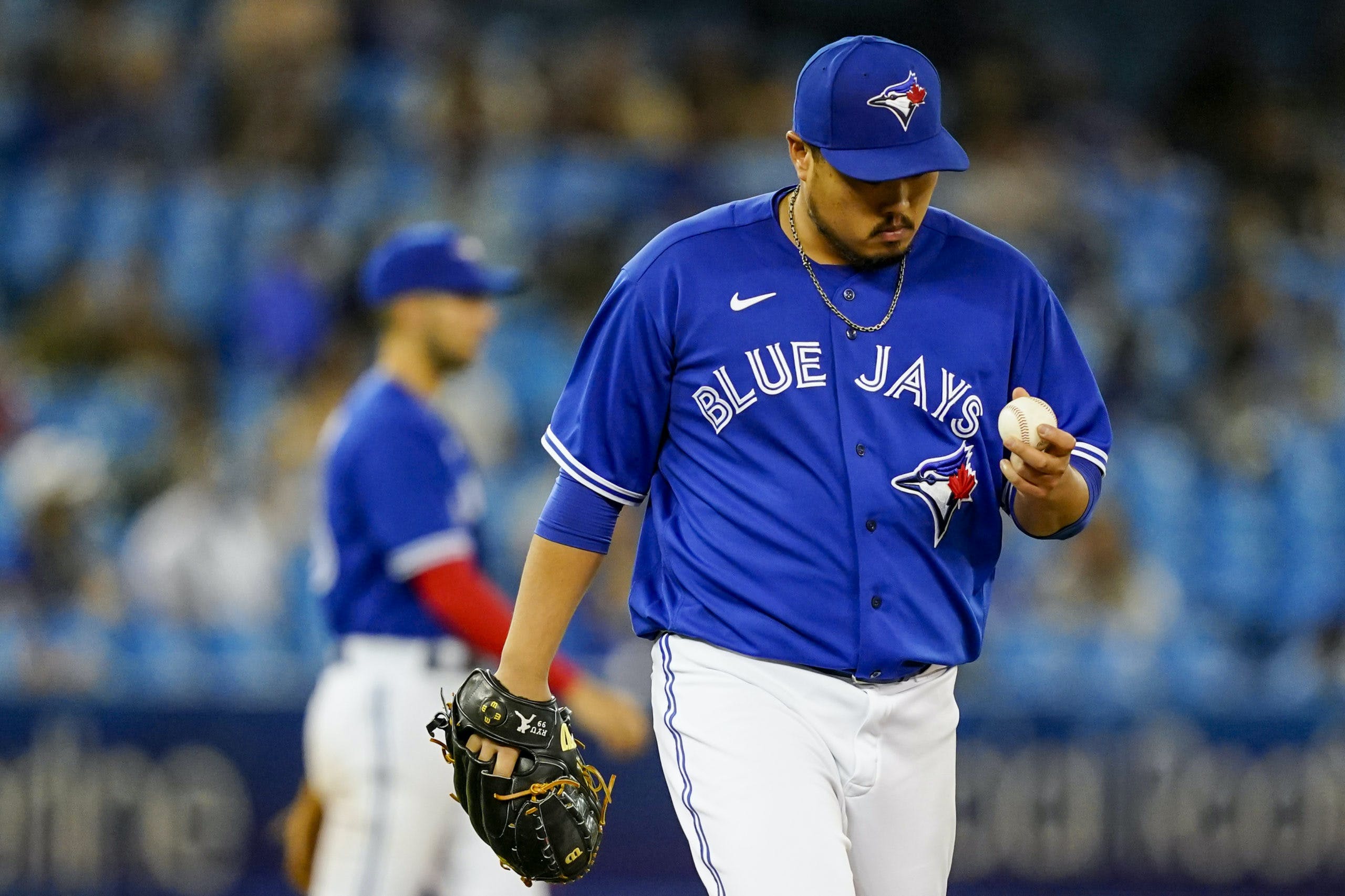 By Zach Laing
7 months ago
Hyun-Jin Ryu’s season is over.
Ryu, 35, has been dealing with some issues in his left forearm all year and two weeks ago landed back on the IL with inflammation. Now, the club has announced he will require surgery and is out for the season.
It’s undoubtedly tough news for Ryu who has pitched just 27 innings this season. He’s had a tough go of it when drawn into the lineup, too. He’s thrown a 5.67 ERA and 4.81 FIP to go along with a 1.34 WHIP — all of which being the worst of his career.
His H/9 has risen to 10.7 from his career average of 8.6, while his SO/9 rate has plummetted from a career average of 8.0 to 5.3.
Recovery from Tommy John surgery is a long process with it taking anywhere from 12 months to 18 months. He’s in the third season of a four-year deal paying him $20-million a year.
He broke onto the season making the most of his first season in Toronto finishing third in the AL Cy Young voting, but his game hasn’t quite replicated itself as it did that year.
Zach Laing is the Nation Network’s news director and senior columnist. He can be followed on Twitter at @zjlaing, or reached by email at zach@oilersnation.com.