Zach Britton is a Blue Jays’ prospect to keep an eye on, plus more prospect news! 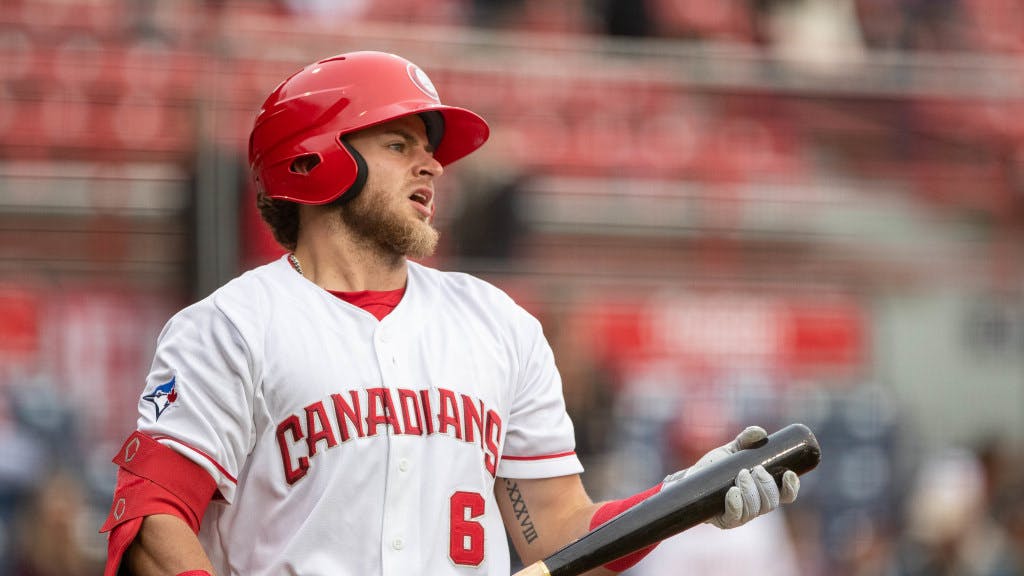 By Brennan Delaney
3 months ago
When I say the name “Zach Britton”, you may be thinking of the Yankees closer. I’m here to tell you otherwise that the Jays’ prospect, Zach Britton, is the real deal.
Selected in the fifth round (and last round) of the 2020 draft, Britton has quietly become the best catching prospect in the Jays organization (if you consider Moreno graduated). Not just that, but he also played significant time in both of the corner outfields.

There may still be a few weeks remaining in the Arizona Fall League, but Britton has emerged as one of the contenders to take home the MVP for the fall league.
In 38 plate appearances, Britton is slashing .500/.553/.750 with a homer and five extra-base hits. No matter who we’re talking about, batting .500 is unsustainable, but to do so over 38 plate appearances is absolutely spectacular.
Not just that, but he hits the ball hard. Out of batted balls measured by stat cast, he has an 86.24 mph average exit velocity, with a maximum exit velocity of 109.4 mph. He also has a 34.78 hard-hit percentage (95+ mph), which is quite impressive.
A larger sample size came in his 2021 Dunedin Blue Jays season. He had a maximum exit velocity of 109.5 mph, an average exit velocity of 86.7 mph, and a hard hit percentage of 38.41%, one of the highest out of any D-Jays players the past two seasons.
To add to this, he has a higher BB% (10.53%) than K% (7.89%), and he currently leads the AFL in all slashing stats as well as OPS (duh). The only thing that may work against Britton is his limited plate appearances compared to other contenders such as Zac Veen and Austin Martin.
However, I don’t think it’s a stretch to say that Britton has been one of the best, if not the best position players in the AFL
Oh, and he plays both corner outfields and he bats left handed, on top of playing the most valuable position in baseball. So yeah, it’s time to start paying attention to Zach Britton.

A few days ago, I gave an update on all Blue Jays players currently in the AFL and Dominican Winter League (LIDOM). Let’s look at how they’ve done since the 19th. We’ll start with the Fall League first.

Since Wednesday, Barger’s average has actually decreased to .179 (down from .188), but he continues to hit the ball hard. He has a maximum exit velocity of 108.9 mph, an average exit velocity of 86.40 mph, and a hard-hit rate of 44.44%, which is incredible.
Overall, he has a .179/.304/.333 slash line with two homers and six walks (to seven strikeouts). When a player has that large of a discrepancy between average and on base percentage, you know that they’ve been unlucky. Even more so when Barger is still smacking the ball hard and his entire 2022 told us that he can hit for a .300+ average.
Hopefully, his luck will turn around soon.

The 25-year-old infielder is slashing .261/.414/.304 with six hits (one extra base hit) in 29 plate appearances. Morris has more walks (six) than strikeouts (5), which he was able to do in both New Hampshire (30BB, 30K) and Buffalo (25BB, 25K) in 2022.
Morris has also seen his first professional innings in left field in the Arizona Fall League, which he looks solid for a guy playing his first professional innings at the position.
Like Barger, Morris will be Rule 5 eligible at the end of the season. It’s to be seen if the Jays will add him to the 40-man roster. However, adding him to the Arizona Fall League roster may have been to just give him more at-bats, as he missed a chunk of the season.

From one guy who missed a chunk of the season, to a pitcher who basically missed all of his seasons, Danner has looked impressive in his four outings. The 24-year-old righty has a 7.36 ERA but has been great over his last three appearances.
The flamethrower has a 28.57 K% without registering a walk. He’s also been sitting in the high 90s, with a slider that averages in the high 80s. He was added to the 40-man roster last season as he was Rule 5 eligible, but he’s looking like a reliever that could impact the Jays as soon as next season.

Another hard-throwing righty, Watson has a 12.27 ERA in his 7.1 innings pitched. He has an 11.43 BB% and K%, but he’s averaged in the high 90s with a hard slider and a curveball (much like Danner).
Although his ERA is high, he’s had an encouraging 2022, which included a 36.67 K% in his 14.2 innings pitched with the Vancouver Canadians.
Keep an eye on Watson, as he may be a reliever that the Jays call upon in the next two seasons.

Drafted in 2019, the 23-year-old finally made his professional debut in 2022. He was added to the Arizona Fall League roster where he’s put up solid numbers. In 6.2 innings pitched, he has a 2.70 ERA (started three games). Tolhurst also has a 19.35 K% and a 16.13 BB%, but this is to be expected from a pitcher who’s missed significant time.
In his 12.1 innings pitched between the Florida Complex League and Low A Dunedin, Tolhurst had a 33.9 K%, so it’s not out of the question that his K% in the AFL will improve.

You may be sensing a trend here – a pitcher who has missed significant time in the 2022 season. Gregory was the Jays 8th round pick in 2021 and posted a 7.24 ERA and 3.60 FIP in 32.1 innings with the Canadians. He had a 27.6 K% and a solid 7.6 BB% with the High A team before an injury on June 18th ended his season.
The 23-year-old has had some rust upon returning, as he has a 25.20 ERA in 5 innings pitched. Walks have been the primary issue, as he has a 28.57 BB%, which is once again, to be expected for a pitcher missing significant time.
Hopefully, as the season continues, the rust will wear off and he’ll find his pre-injury self.

Moving to the Dominican Winter League now, we have first baseman, Rainer Nunez. With Estrellas, he’s slashing .263/.333/.421 with a homer and five total hits.
He’s helped lead Estrellas to a 3-3 record and is one of the younger players on the team.

Is Nate Pearson a prospect anymore? No, but he deserves a mention here anyway.
Pitching for Licey in the Dominican Winter League, he hasn’t allowed a run and has a 30 K% in his three innings pitched. He entered the game in a tough spot on Friday night, with the bases loaded and no outs. Despite that, he only allowed a single run to score while striking out a batter on a nasty pitch.

Other players with very few appearances:

As far as I can tell, Spencer Horwitz has not been added to the week two roster for Estrellas. With Rainer Nunez on the team, I’m interested in seeing whether or not Horwitz plays more left field than first base.
Naswell Paulino has been added to Aguilas’ week two roster and should be available to pitch on Saturday evening (October 22nd).
Jommer Hernandez and Rafael Lantigua have yet to get a plate appearance, while Luis De Los Santos has only had four plate appearances so far in the young LIDOM season.
Pitching prospects Juan Nunez and Jol Concepcion have yet to pitch for their respective LIDOM teams.
Furthermore, pitching prospect Adrian Hernandez (Blue Jays Nation’s 20.5 best Jays prospect), is playing for Los Mochis in the Mexican Pacific League. He has only pitched 0.1 innings, but should be active on Saturday evening.
As always, you can follow me on Twitter @Brennan_L_D. This may be a weekly update, or when something noticeable happens, like Britton going 7-10 with 5 RBIs in his last four games. 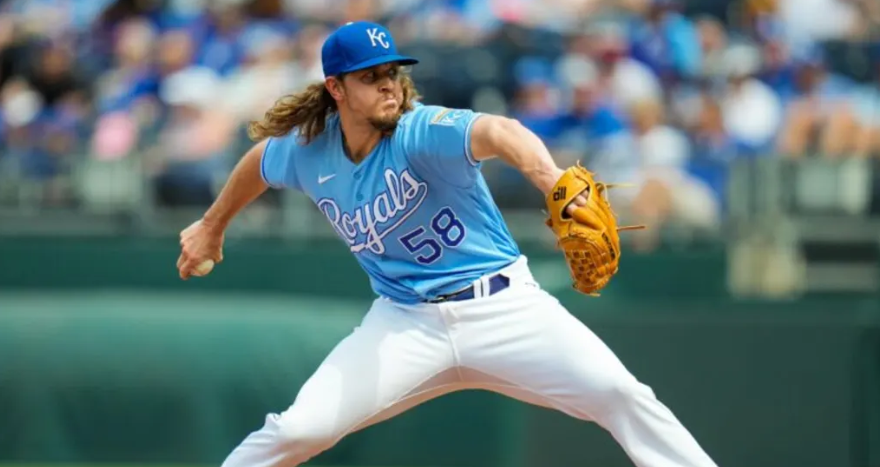