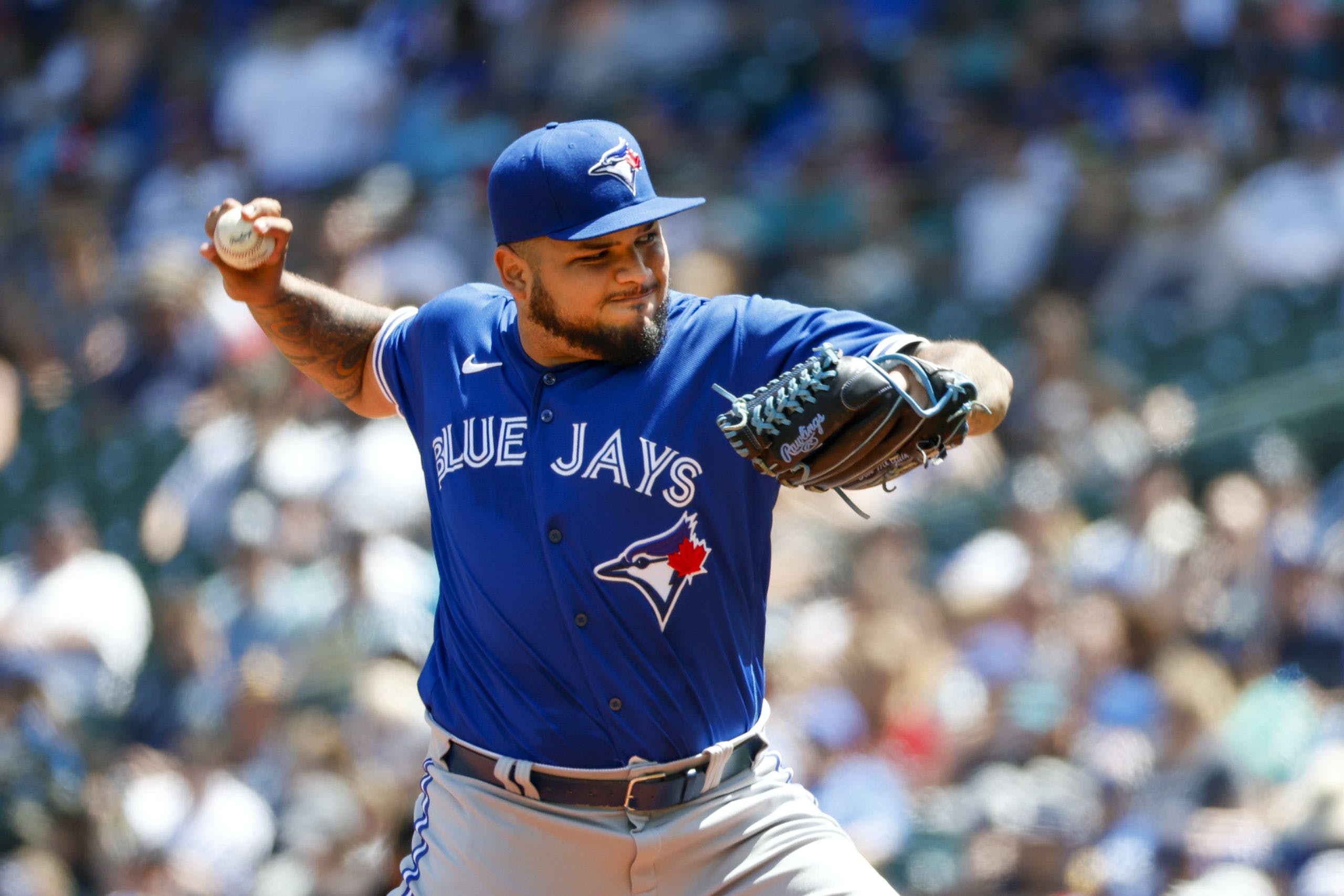 Photo credit: Joe Nicholson-USA TODAY Sports
By Zach Laing
6 months ago
Comments
Signs are pointing toward Max Castillo getting the mound on Saturday in the Toronto Blue Jays penultimate game against the AAA Royals.

Yusei Kikuchi is slated to throw a bullpen Sunday.

Yusei Kikuchi (he sucks) continutes to work back from an alleged neck strain and remains on the IL, but as Davidi noted above, he’s going to get some bullpen action on Sunday.
Castillo has been solid this year for the Jays since he’s been called up.
He’s thrown 15.2 innings in the bigs this year fanning 18 batters while dropping a 2.30 ERA and .83 WHIP. He got the start against the Seattle Mariners on July 10th throwing 41 IP allowing three hits and one earned run.

While Vladimir Guerro Jr. won’t be hitting in the derby on Monday, there still a great list of players to take place.
It’s a great mix of the young and the old, too. Here’s a look at the bracket.
No. 1 Kyle Schwarber vs. No. 8 Albert Pujols
Advertisement
Ad
Advertisement
Ad
No. 4 Juan Soto vs. No. 5 Jose Ramirez
No. 3 Corey Seager vs. No. 6 Julio Rodriguez
No. 2 Pete Alonso vs. No. 7 Ronald Acuna Jr.
Who do you have winning the title?

How about them Mariners?

Something special is brewing in Seattle. It’s been nearly three weeks since their famous brawl against the LA Angels and since then, they’ve been nearly unstoppable. They’ve gone 14-3 and are in the midst of a 12-game (!) win streak.
“What a run we are on,” manager Scott Servais told MLB.com. “You just never know how it’s gonna play out every night, and tonight was a little bit different than our normal formula.”
On Thursday night, they mounted a comeback in a 6-5 victory over the Texas Rangers to keep the streak alive by scoring five runs in the final three innings.
Advertisement
Ad
Advertisement
Ad
“Even tonight when we were down, I mean, the energy in our dugout, the energy in our team all year long … we know who we are,” said starter Marco Gonzales after the game. “We know how good we are and we’re never out of it. There’s no panic here.”

Yankees are unlikely to continue pursuit of Andrew Benintendi since he is unvaccinated. NYY has 6 games left in Toronto and could meet Jays in playoffs. Yanks are the one team to send their complete roster to play in Toronto.

This comes after the outfielder was unable to travel to Toronto this week for the Royals series against the Jays. Toronto is a team believed to have expressed some interest in Benintendi previously, too.
Hey, maybe this vaccination thing will actually work in the Jays’ favour! There’s a good chance the Yanks and Jays could meet in the playoffs, so it will be interesting to see how things develop ahead of the Aug. 2 trade deadline.
Advertisement
Ad
Advertisement
Ad
Zach Laing is the Nation Network’s news director and senior columnist. He can be followed on Twitter at @zjlaing, or reached by email at zach@oilersnation.com.

PointsBet is live in Ontario. Get started here.