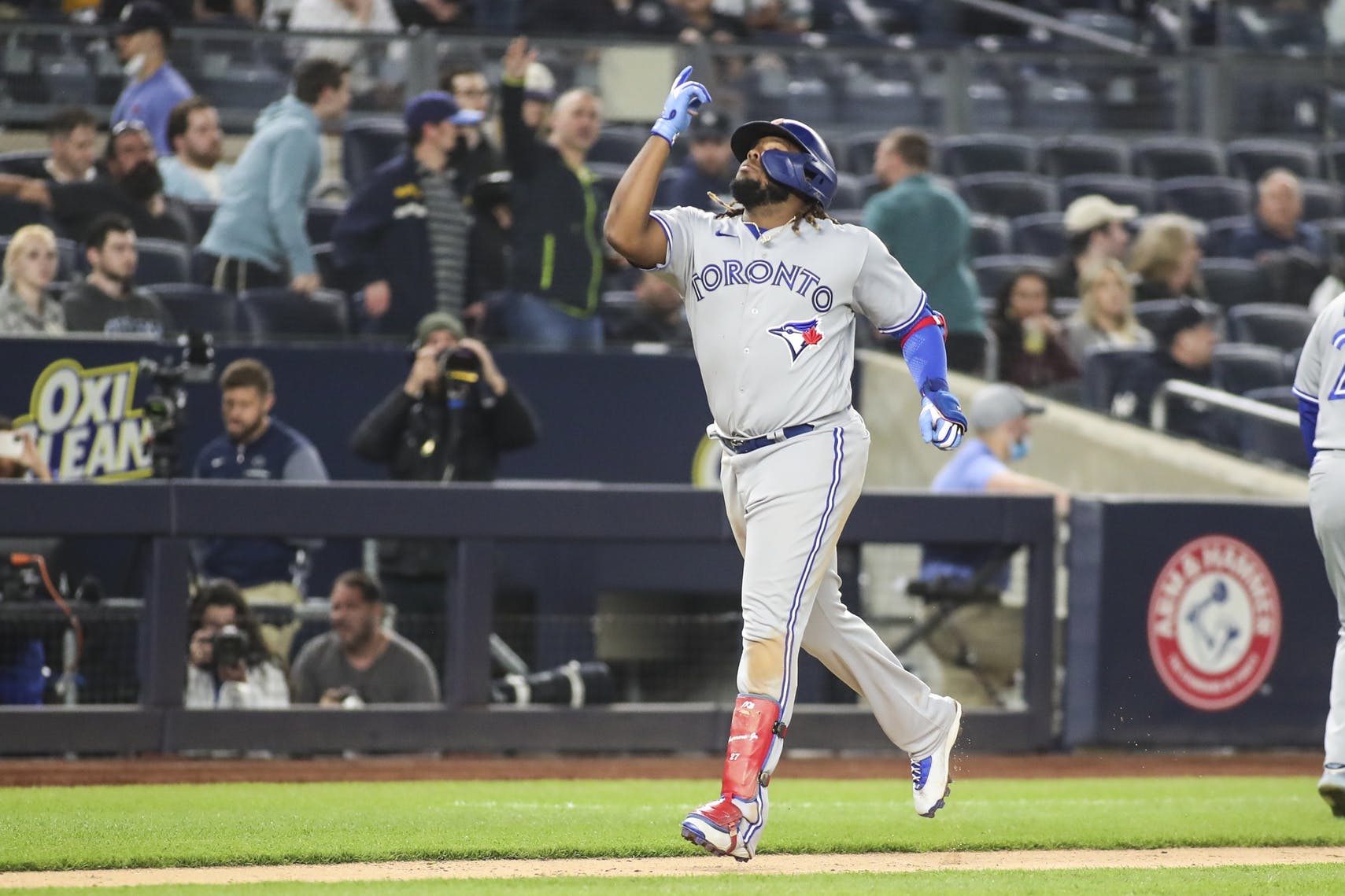 Photo credit: © Wendell Cruz-USA TODAY Sports
By Cam Lewis
9 months ago
Comments
This is one we’ll remember as a Vladdy Game.
Guerrero Jr. smashed three homers, two off of Gerrit Cole, as the Blue Jays beat the Yankees in The Bronx by a score of 6-4.

Gerrit Cole has thrown 702 pitches in his MLB career at 95+ in & off the plate to righties.

Vladimir Guerrero Jr. is the first hitter to ever hit a HR off one of those pitches. #BlueJays #NextLevel #Yankees pic.twitter.com/95YC27tLWK

Vladdy Jr. has hit 1,286 feet of home runs tonight, which is approximately a quarter of a mile.

José Berríos looks like himself tonight. Fastball has good action, breaking ball is missing bats. When he's throwing nasty fading righty-righty changeups like this, that's a good sign for him. pic.twitter.com/iPT908Kj3k

UPDATE: OF Teoscar Hernández was removed from tonight's game with left side discomfort.