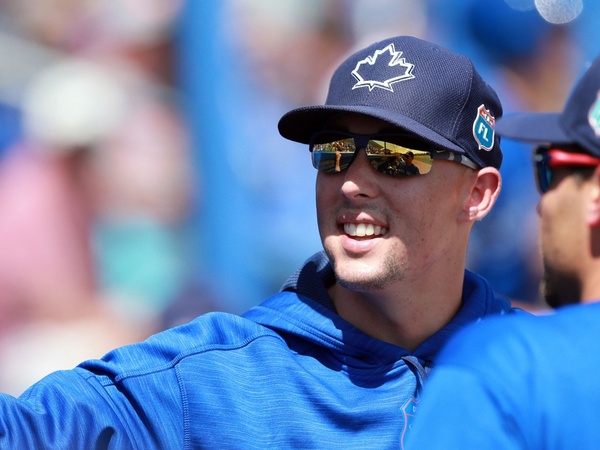 There may be a schism coming between the Blue Jays’ front office and their field staff on the question of how to handle Aaron Sanchez, but not the one that you necessarily think.
“The job of player development is taking talent and working to have those players achieve their potential, mentally, fundamentally and physically,” said club president Mark Shapiro in a radio interview last week. “And you want to get that done prior to getting to the big leagues. Because one thing is, when you get to the big leagues, you fight to survive. You are not developing.”
Those wise words have often proven difficult for the Blue Jays to follow—as in the case of Sanchez, who came up to bail out the big-league bullpen at the end of 2014 and hasn’t been back to the minor leagues since, save for a handful of rehab appearances while he recovered from a lat strain last summer.
He’s a big leaguer, in other words. A status seemingly affirmed Monday, when John Lott tweeted that pitching coach Pete Walker said that sending Sanchez to Buffalo is “not something that has been seriously discussed.”