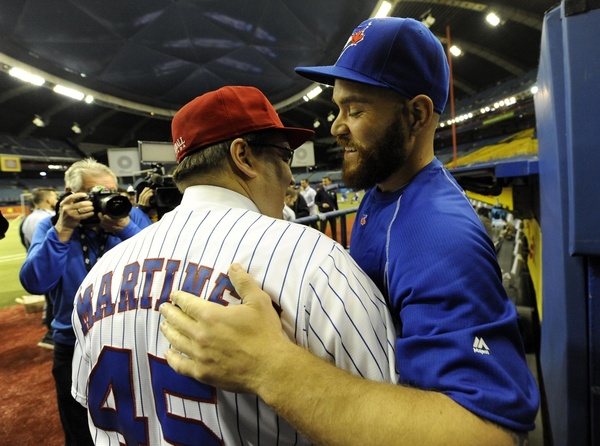 The novelty has worn a little on these now annual trips by the Blue Jays to Montreal, I think. Or at least it has, speaking strictly anecdotally, among those of us here in southern Ontario. Maybe it’s just me, but I just haven’t felt the same swell of excitement about the enterprise as in the previous two iterations.

We’ve done the excitement about bringing big league baseball back Montreal. We’ve seen Russell Martin don the jersey of his new Canadian team, on Canadian soil, in his hometown, with his father in tow and playing the national anthem. And we all know that there’s so much to see and do in that incredible city that you don’t really need a couple of baseball games to justify the trip.

“What’s left for us?” one might wonder. But that’s exactly it. This isn’t about us.

The fact that, despite that, so many tickets have yet again been sold for this year’s series tells you exactly who and what it’s about.

These are Montreal’s games, and games for the baseball fans of that city who deserved better and deserve better. And that just didn’t feel quite like it was the case two years ago when I join in the onslaught of Jays fans making the trip.

Yes, there will be a tonne of fans from Ontario there this year. Yes, the inclusion of the Red Sox means that there will be a lot of folks from Boston making the trip as well. And yes, if you want to get all cynical about it, there’s a huge element of brand-building that’s going on here, as the Blue Jays try to deepen their ties to the region.

But this isn’t a series about being cynical! This is a series about being sentimental and about a whole lot of people in Montreal showing the commissioner’s office that they were never as ready for big league baseball to leave town as the grim attendance numbers in those final, fucked-over years of the Expos showed. And they sure are showing that. Again.

It’s more impressive this time than ever.

Leafs look to maintain momentum against Oilers amidst goalie concerns