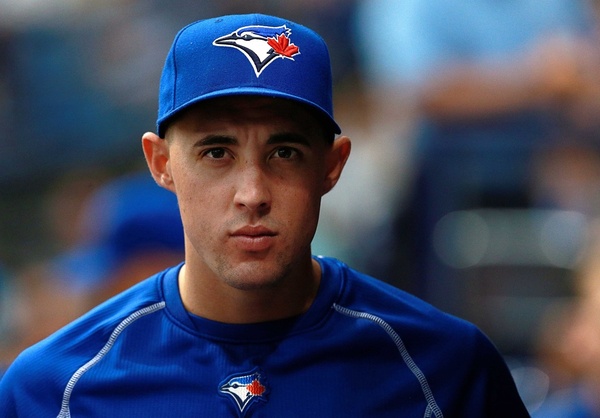 Don’t you even worry if Aaron Sanchez goes nice and deep into this game, because he’s going to get a little bit of a breather next week, with the Jays adding Drew Hutchison to the rotation for a spot start on Sunday. The Jays clearly already see the need to manage Sanchez’s innings (and Marcus Stroman’s, to an extent), which maybe tells you all that you need to know about how well things have gone so far for the young starter so far this year.

The A’s will look to disrupt that pattern, though, as they’ll force Sanchez through a gauntlet of switch- and left-handed hitters. Fortunately for Aaron, these left-handed hitters belong to the Oakland A’s, so they’re kinda bad. (Just go with me on that, OK?)

How Sanchez deals with lefties was my biggest concern for him coming into the season, and I can’t say anything has changed. It’s been positive so far, though, and he was excellent against a lefty-heavy Yankee lineup two starts ago. So… y’know… fingers crossed.

Fingers crossed that the offence manages to get some damn runs today, too. But with Sonny Gray going for Oakland, I think it would be understandable if this problem persists for another day…

Honestly, most of the scuttlebutt for tonight was at the bottom of the earlier piece on Chris Colabello’s PED suspension.

Excellent point from @james_in_to: “Hutch spot starting Sunday means Dickey pushed to Tues. We won’t get to see Thole go up against Sale on Monday, a classic match up.” Sad face!

Leafs talks with the Canucks over Tyson Barrie have “intensified”

JNR: Offense Dries Up As Jets Fall To Sabres