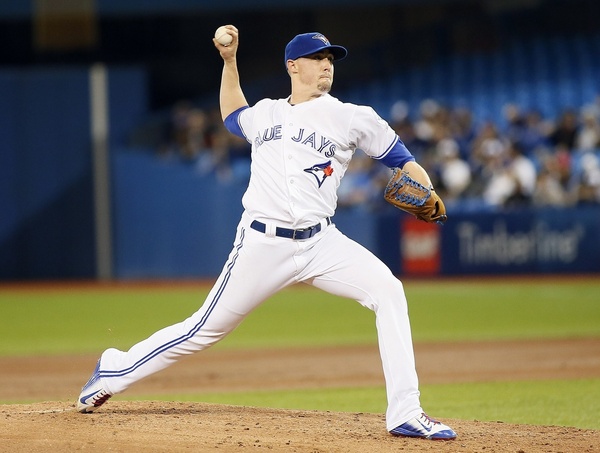 Jon Heyman and Kevin Cash have given the Blue Jays a gift. Or at least they’ve given Blue Jays fans a gift.

Or, at the very least, they’ve given me a gift.

Normally I would roll my eyes over Heyman tweeting about Jose Bautista contract stuff, because… obviously. Especially when it’s a vague suggestion, as today’s Heyman tweet on the subject was, like “While i believe Bautista would take less than $150M-plus, 5-year ask, he wouldn’t take less than $100M.” But at least it’s keeping me from more worrying words about the Jays’ lineup and the continued struggles of a few too many guys in it (except, y’know, these words). (And yeah, I think most people in the know-ish will tell you that $100-million is a big number for Bautista).

And normally, with Aaron Sanchez on the hill, I’d also probably be writing worrying words about a lineup stacked with lefties, which are once again becoming a concern for him. Lefties now have hit .250/.344/.464 them as a group, which isn’t quite horrific yet, but seems to get worse after each game, and mirrors the terrible time he had with them last year, too.

But, thanks to the Rays’ manager, I don’t really have to write about that, either (even though I obviously am). He’s got a nicely balanced lineup going for him today, with five right-handers and only four lefties, alternating throughout the order. Since right-handers are hitting a measly .167/.189/.194 against him, with 66.7% balls in play being hit on the ground, I think that bodes pretty well for tonight.
It had better!