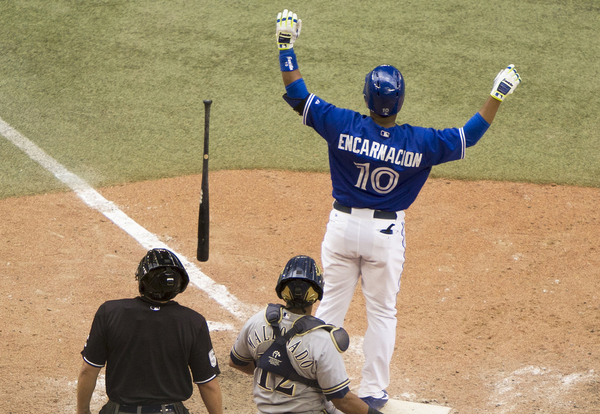 Edwin Encarnacion celebrates his walkoff homer against the Brewers in July 2014. Photo by John Lott