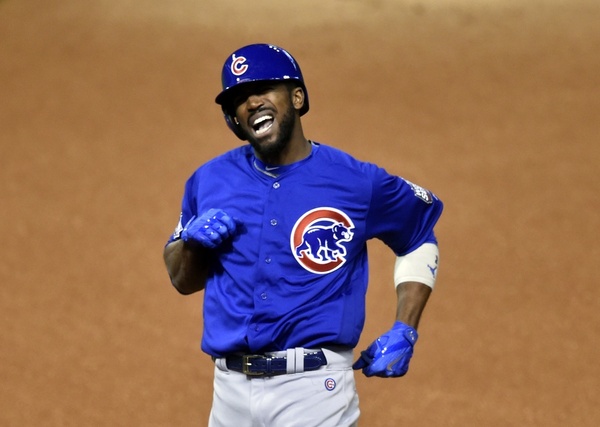 On Sunday evening I wrote about Dexter Fowler and the Jays being “still apart,” according to a report from Jon Heyman. Well, here on Monday afternoon they’re still still apart, but according to Heyman, not by that much.

The Jays, he writes in a piece at FanRag, have offered Fowler $60 million over four years — an average of $15 million per season, for those of you not into math. Fowler’s camp, however, is trying to get $18 million per year, or $72 million in total.

Now, $12 million isn’t nothing isn’t nothing — especially for a team trying to squeeze in players at a bunch of spots using whatever dollars they have left (believed to be somewhere between $20 and $30 million, to put a generous range on it). But it’s also just $3 million per year. Or, as those fans who think that vomiting up negativity passes wit will be quick to tell you, less than the cost of Justin fucking Smoak.

That notion genuinely hurts, of course, as would the notion that the Jays wouldn’t quite budge enough to land Fowler, if he ends up going elsewhere. But for the time being there’s no need for any of that. Nobody else has stepped up, and he still hasn’t caved, so… we’ll see. There’s no sense paying more than you need to for a player if you think you can negotiate him down to a smaller number, or do just as well with an alternative. You’d just damn well better be right!

Whatever, just go get Fowler, amiright?