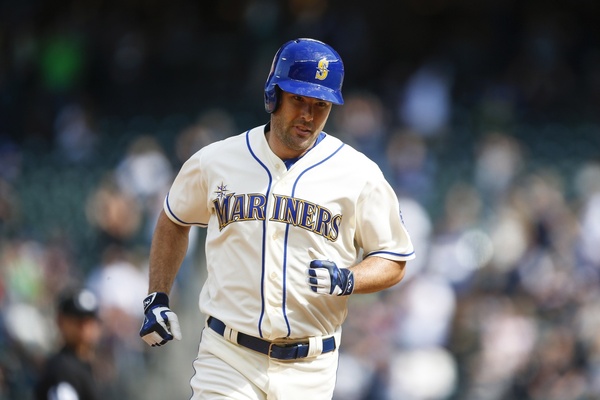 You wanted unsexy names? Well you got ’em!

Oh… wait. You didn’t want unsexy names? Well, sorry, but that’s what Blue Jays fans were always going to be looking at, as far as acquisitions this off-season were concerned. And hey, here’s another: Seth Smith of the Mariners.

Yes, another platoon idea. But it works given the current construction of the roster, and Ryan Divish of the Seattle Times reports that the Mariners are indeed dangling him.

Why is that, you ask? Despite the fact that he’s 34 and not a particularly good base runner or fielder (and the fact that it would be far preferable for the Jays to be looking to outright replace guys like Melvin Upton and Justin Smoak, rather than building in pieces around him), Smith is a nice lefty bat who keeps having decent seasons in pitcher-friendly parks and has just one year and $7 million left on his current contract.

He slashed .256/.351/.431 against right-handers last season, which was good for a 117 wRC+ in the split. Over the previous four years he put up wRC+ marks between 110 and 130 against right-handers, thanks mostly to his solid on-base skills. He’s got a little power, too, which would surely play up a bit at Rogers Centre, and a good track record in terms of health.

And that money really isn’t so bad. Especially if you can maybe up the prospect price — which shouldn’t be a whole lot — to get Seattle to eat some of it and help keep Dexter Fowler a possibility for the other outfield corner. (I’d suggest sending Justin Smoak back the other way, but 1) the M’s already traded for Danny Valencia as cover for Dan Vogelbach (or… whatever they’re going to do at first base —  maybe it’s the other way around), and 2) I don’t want to give Mariners fans seizures at the thought).

Either way, Smith would be a nice add for the one corner. So much for getting younger though!