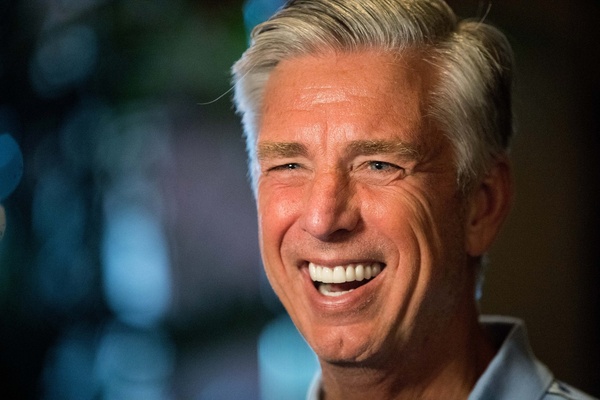 Well here’s the kind of thing that will snap you out of daydreams about Edwin Encarnacion and Giancarlo Stanton smashing dingers back-to-back in that gaudy Marlins ballpark (which I was doing for a while there, figuring that Florida is at least one location Edwin could find himself that won’t make me blanch). Apparently we can’t quite rule Boston out of the sweepstakes just yet, because they haven’t yet decided if they’ll stay below the luxury tax threshold.

Dombro: Red Sox’ goal to be under $195M payroll threshold for next season but not under mandate to do so. To be decided.

OK, so… that’s not all bad. Nothing has been mandated (so they say). But I have to think they really do prefer to stay under the threshold. Here’s why:

If the Red Sox go over the luxury tax threshold again in 2017, it will be their third straight year doing so, meaning that they will pay a 40% tax on every dollar they go over.

Right now they’ve committed $160.6 million to eight players, per Cot’s. They have ten arbitration-eligible players, projected to add another $25 million to that figure, per MLBTR. Add another $5 million for pre-arb guys (though it might be slightly less) and you’re looking at something $190 million already — a number that doesn’t even include player benefits, which are also part of the calculation (a good explanation of what’s all baked into the calculation is here).

For argument’s sake, let’s say it all adds up to $190 million. That means that even if they get Edwin at $20 million, that’s still a 40% tax on the $15 million they’re over. So another $6 million just for the privilege of paying that to Edwin.

Now, $6 million isn’t a whole lot of money for a team like the Red Sox, but splurging on Encarnacion would ramifications beyond that.

Now consider that next year they have even more arbitration-elibile players than they do this winter: Joe Kelly, Drew Pomeranz, and Robbie Ross will all be eligible for the third time. Xander Bogaerts, Jackie Bradley Jr., Brock Holt, Sandy Leon, and Brandon Workman will get nice raises as they go through the process for the second time. And they’ll have to start paying above the league minimum for first-timers like Betts, Rodriguez, Steven Wright, Carson Smith, Blake Swihart, and Christian Vazquez. (Plus, for what it’s worth, they’re due to lose Clay Buchholz, Chris Young, and Fernando Abad to free agency next winter).

Obviously there will be some player movement in the meantime, and not all those arb-eligible guys will necessarily be tendered contracts. But Boston’s only current arbitration-eligible player set to reach free agency next winter will be Abad. And with bigger hits especially due to Bogaerts and Bradley, they’re looking at paying even more than this year’s $25 million to that group.

Even if it’s the same amount (which seems unlikely), that brings them to $185 million — including Edwin’s hypothetical deal. The luxury tax goes up for 2018, but only to $197 million. In other words, if they add Encarnacion, they’ll be damn close to the threshold again as it is, and maybe even over (I’m not going to look up comps for all those arb-eligibles and try to figure out what they might be due).

That’s without adding a single player to their roster either this winter or next.

In other other words, they’ll very probably go over it again, which means being taxed 50% on that overage. And the problem doesn’t necessarily get any easier the following year, with $97 million on the books, $20 more for Edwin, Bogaerts entering his last year before free agency, plus Betts and Bradley starting to make real money as they move through the arbitration process, etc. etc. And, again, if they actually want to sign a major free agent next winter, that pushes them past that threshold even farther.

Yeah, they’re the Red Sox, and they probably don’t care that much about going over. But right now they’re in a position to stay under, which is important because it would reset the rate that they pay. (Teams only pay a 17.5% tax the first time they go over, and the rate goes up from there based on the number of consecutive years over).

Long-term they will avoid a not-insignificant amount of penalties if they manage to stay below the threshold this year, and clearly that’s why Dave Dombrowski is saying it’s their goal to do so.

And that doesn’t even begin to touch on the fact that adding Encarnacion complicates what they’re going to do with someone like Pablo Sandoval. Or the fact that it will also cost them their first-round draft pick.

So… it’s not like they won’t do it, and it’s not like they couldn’t get creative, move some money, and position themselves to add Edwin and still stay under the threshold. Nor is it crazy to think they might throw caution (and future penalties) to the wind and just go for it anyway. But ultimately it seems like they’d end up paying a pretty big premium for Edwin, on top of a hefty salary, which is why everybody seems to think it’s not going to happen.

Of course, I won’t believe he’s not going to Boston until I see him pull on the jersey of some other club. But this all certainly makes me breathe a little easier about the possibility, at least.