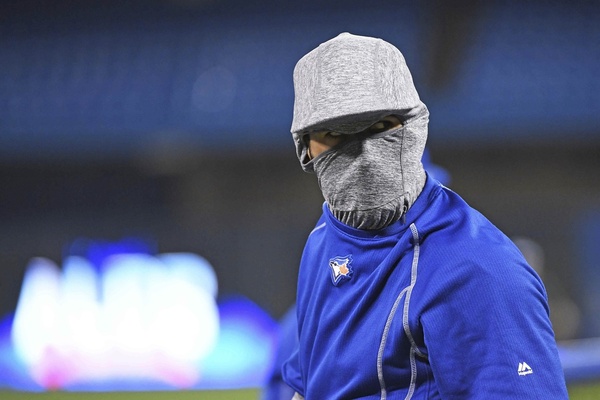 Finally some actual Jose Bautista rumours to pass along!

Things have been awfully quiet on the Bautista front so far this winter, and it’s not difficult to see why. Though he’s probably right to value himself higher than guys like Carlos Beltran and Matt Holiday, Bautista is of a similar type, the difference being that a team will have to surrender their draft pick to sign him, and that apparently he’s looking for a two year deal.

The latter bit of information comes from Nick Cafardo of the Boston Globe, who also tells us that Bautista had seen the Red Sox as his top preference, but the club has informed him they’re not interested.

Though actually, over at Sportsnet in a piece co-written by Shi Davidi and Ben Nicholson-Smith, we’re told that the market for Bautista is starting to heat up. They also note that the talk of Cleveland being able find the dollars to make a serious play for Edwin Encarnacion is probably a bit fanciful.

For a moment I had the thought that Jose would be the one who’d look good in Cleveland, but I was quickly reminded about the draft pick, which makes me wonder just how much that rumour about his market heating up could possibly be true. Richard Griffin of the Toronto Star wrote earlier today that the Dodgers have been in contact, but he also said that they’re trying to get under the luxury tax threshold and might have to trade salary in order to fit Bautista in.

Yeah. Not sure where this is going to go. And I’m not sure how to factor in some of the rumblings of acrimony between the Jays and Jose, either. I still think we’re a long way from his market totally cratering, and a two year deal isn’t such a ridiculous ask — if his power comes back the farther he gets from his toe and knee injuries this year, might end up being a real bargain — but if it gets to the point where it looks like the Jays aren’t going to get a draft pick back for him anyway, maybe it starts to look like he’s a fit again. Maybe, even, he’s a guy that ownership would make an exception for and bump up the payroll, were he to end up just sitting there for the taking.

I think that’s a real long shot scenario, but I dunno, maybe not totally absurd. Where does he fit and is it worth that team giving up a pick to take him over one of a number of alternatives?

Oh, hey, and while we’re here, speaking of Edwin (weren’t we?), Benny Fresh tweets that Dave Dombrowski told reporters today that they’re “really not looking for a long-term type hitter,” which would seem to rule ol’ Eddy out. I still won’t believe he’s not going there until I see it — although the fact that Jerry Crasnick tweets that lobby buzz this evening down there in Jerkwater, MD, is that Boston is looking hard at Mitch Moreland, which would certainly be enough to end my nightmare.

Do it, Boston! More Mitchland!

Though obviously if I’m cheering moves, it’s for the Blue Jays getting this damned Fowler thing done already.