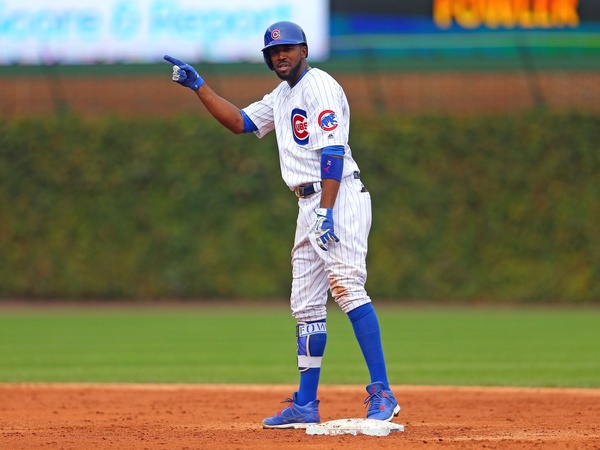 It’s a little too easy, here in the throes of bullshit season, to narrowly focus on what the rumours are saying and miss out on what they’re not. For example, there was all kinds of breathless speculation throughout the just-ended Winter Meetings that the Washington Nationals were making an aggressive push for the White Sox’ Chris Sale — and they were, it just so happened that Boston had quietly already made their own push, and were biding their time as the White Sox let the Nats try and fail to come up with a better offer. Publicly it looked at first like the Red Sox had swooped in at the end, in reality they were there all along.

I say this today because there seems to be an interesting development in the story of the St. Louis Cardinals’ pursuit of free agent outfielder Dexter Fowler, and because it’s potentially going to be taken as a reason to think the door is truly open for the Jays to sign the free agent outfielder. After all, the Jays and the Cardinals are the two teams who are rumoured to be the strongest in pursuit. The Nationals are surely out after landing Adam Eaton, the Rangers are probably out after signing Carlos Gomez, and perhaps the Giants as well after inking Mark Melancon. But we don’t know that for sure, and who knows who else may be lurking.

That said, holy shit, Dexter Fowler might not want to play for the Cardinals!

The legwork on this notion has been done by the excellent Cards site (with a truly outstanding masthead — or whatever I’m supposed to call it), Double Birds, in a piece from Tuesday.

As early as last week, though, whispers of a roadblock to a potential deal began cropping up in local media. “There are rumors,” said Frank Cusumano on his radio show, “that Dexter Fowler does not want to play for Mike Matheny.” Bernie Miklasz expressed a similar thought. Derrick Goold and Ben Hochman spent a good chunk of the latest Best Podcast in Baseball seeming to acknowledge the “grumblings” and things “in the wind” with regard to Fowler and alluding to unspecified “aspects” of the Cardinals “culture” that might not be a fit for certain players. Cusumano implied again this morning that Fowler is reluctant to sign with the Cardinals, albeit this time without mentioning Matheny.

So we’re clear, all the reporters named are very much mainstream guys in St. Louis.

Miklasz, the long-time St. Louis Post-Dispatch reporter (he now appears to work exclusively for the local ESPN Radio station), isn’t just some guy. And in the linked-to piece for 101Sports.com, he doesn’t mince words. “I question if Fowler, who has other offers and options, wants to play for Mike Matheny,” he writes, suggesting that the Cardinals would have to overpay to get him.

Cusumano has been at KSDK since 1993 and was recently promoted to Sports Director for the station. Here’s what he said:

So the vibe in DC is Fowler is not in love @Cardinals. Eaton and Cain appealing. Dyson is not the answer. Trying to catch Cubs not Reds.

I see in the replies to this tweet that a reader brought this to my attention when it was first out there, and I was pretty close to dismissive — or at least not ready to shout from the rooftops that the Jays now had an edge on their main competition for Fowler.

And maybe they don’t. Maybe this is just posturing being leaked from Fowler’s camp to get the Cardinals to increase their offer under the premise that the player might be leaning in a different direction.

Double Birds thinks differently, though, as Chase Woodruff explains “the mere fact that St. Louis’ habitually cozy and compliant sports media is relaying a rumor that’s unflattering to the Cardinals suggests that that something is pretty serious—as does the fact that Fowler has every incentive not to signal an aversion to a team that is actively bidding for him on the open market.”

I’d rather not get into speculating on why Fowler might have a problem with Matheny or the Cardinals’ culture (because gosh, I couldn’t imagine!), but Woodruff takes some guesses of his own, and is surely far more in tune with such things than I am. But whatever the case, this… uh… this might be good!

That is, except for the fact that it hasn’t forced Fowler into the Jays’ arms just yet.

But Ross Atkins was pretty clear in his comments on Wednesday night at the Winter Meetings that he’s still pretty comfortable waiting. A possible translation of that is that maybe there just aren’t other places for Fowler to go, whether he and his agent are ready yet to admit that or not.

Let’s at least hope so!