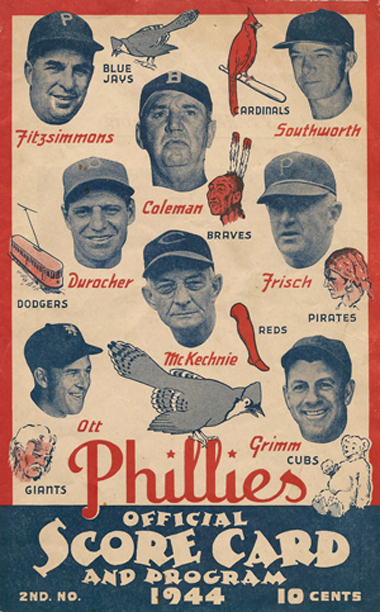 The “Blue Jays” and the “Phillies” played a game of “baseball” today, which ended in an 8-8 tie.

If there ever was a game of baseball played to an 8-8 tie today between the Blue Jays and the Phillies, this was almost certainly it.

If you’re like me, for one, congratulations (for stealing Parkes’s joke from 2008). And for two, you probably still can’t quite shake the notion that J.A. Happ, who made his Spring 2017 debut for the Jays today, is going to turn back into a pumpkin at some point.

“Yeah, he was outstanding in Pittsburgh at the end of 2015, and yeah, he had a really good season for the Jays,” you might say, “but was it that good?”

I get it. How much of how great we think Happ was last year ends up going back to the fact that his record was 20-4? How good was he really?

And what I’m encouraged most about it, apart from the fact that we now have that much more data telling us J.A. Happ is actually good, is how he got stronger in the second half of the year.

From July 1st onward he pitched to a 2.64 ERA over 95.1 innings, striking out 94, and holding opponents to a .214 average. Yes, yes, there’s a lot of noise in numbers like ERA and average, and a lot of stuff Happ couldn’t control, but still! His 24.3% strikeout rate over the season’s final three months looks especially better than the 16.9% rate he’d posted from April through the end of June, and his FIP dropped from 4.48 to 3.41.

Did we realize Happ was that much better in the second half? Or, y’know, did it take me adding a couple of brilliant starts at the start of July, before the All-Star break, to really make those numbers shine? *COUGH*.

Anywho… Happ looked fine today and I’m definitely not just salvaging a bunch of stuff I wrote about Happ before I realized your boy Cam Lewis had already done a Game Threat.