News and Notes: The latest on the trade market for catchers, Justin Verlander signs with the Mets, Yusei Kikuchi as a reclamation project, and more! 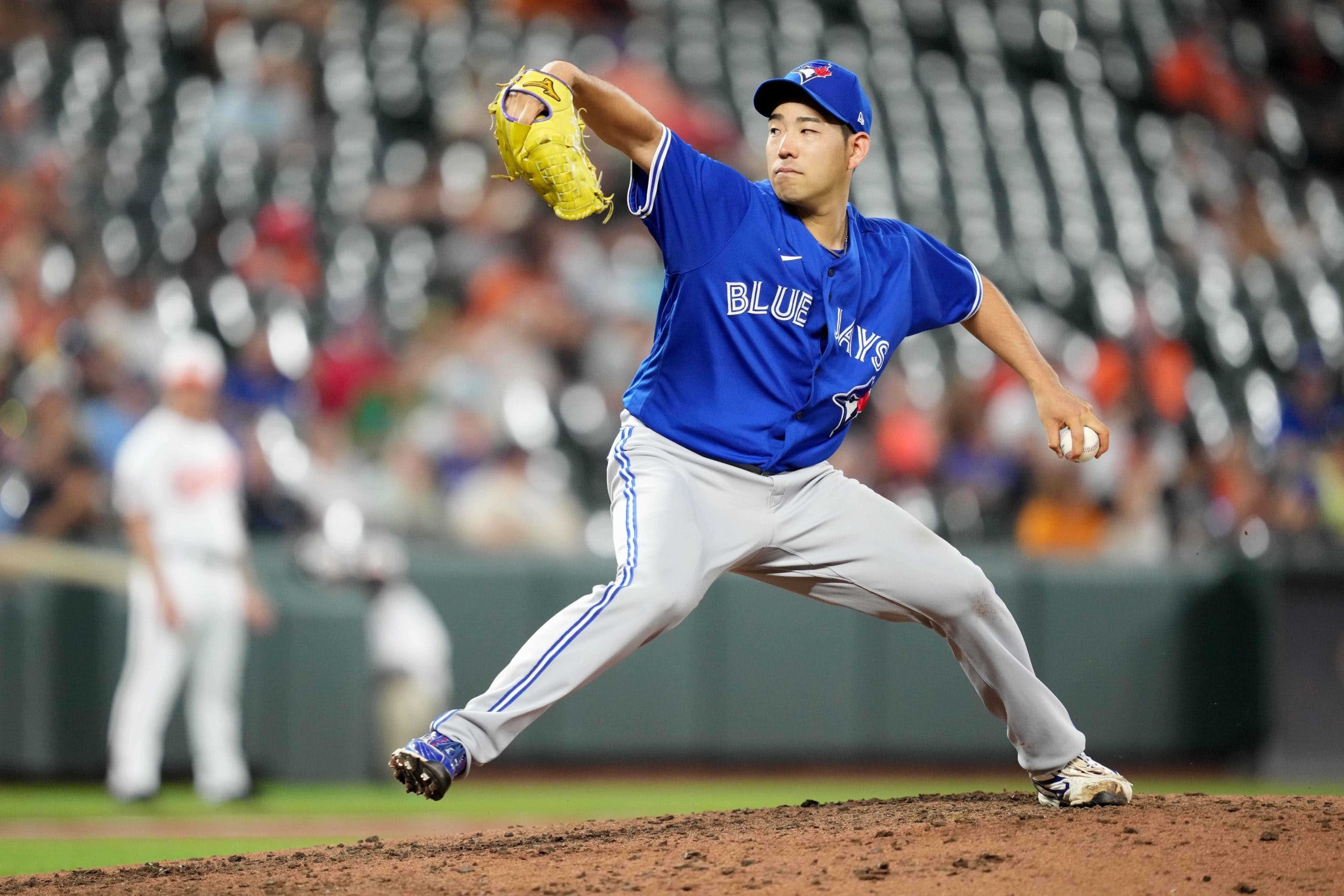 By Cam Lewis
1 month ago
Major League Baseball’s Winter Meetings kicked off in San Diego on Sunday, so let’s sift through some interested Blue Jays-related stuff.
Mark Feinsand of MLB dot com reported that the Oakland A’s were nearing a trade involving catcher Sean Murphy and that the Atlanta Braves appeared to be the front-runner. Not long after that, Feinsand walked the report back and said that the Braves aren’t going to be the team acquiring Murphy…
This is relevant to the Blue Jays, of course, because Murphy is one of the other high-quality catchers out there this winter for teams who need to make an addition behind the plate. It’s well known that the Blue Jays will move one of Danny Jansen, Alejandro Kirk, or Gabriel Moreno this off-season to help address another need on their roster, but it wouldn’t be surprising if they wait to see who misses out on trading for Murphy to do so.
Atlanta acquiring Murphy never really made much sense. They have a veteran catcher in Travis d’Arnaud and also a young catcher in William Contreras who put together a breakout performance at the plate last season. Them adding Murphy would mean that either d’Arnaud or Contreras would likely be moved to another team in need of a catcher.
Over at Sportsnet, Shi Davidi put out an article with a whole bunch of notes about the Blue Jays and their pursuit of starting pitching, a market that should start to move now that Jacob deGrom has signed with the Texas Rangers…
Davidi noted that the Blue Jays “aggressively pursued” Justin Verlander last winter before he ultimately re-signed with the Houston Astros and that they remained engaged with him this winter. He also added that the Blue Jays have discussed a trade involving Pablo Lopez with the Miami Marins and that they were in the mix to sign Kyle Gibson “right up until the end” before he reached a deal with the Baltimore Orioles.
Former MLB player and incredibly hit-and-miss Instagram Insider Carlos Baerga posted on Sunday that Verlander is closing in on a two-year deal with the New York Mets worth $86.6 million with a mutual option for a third year…
Baerga’s rumours are difficult ones because he’s been right about things in the past, such as Yimi Garcia signing with the Blue Jays and Marcus Semien signing with the Rangers, but a lot of what he says doesn’t wind up happening, like the Freddie Freeman to Toronto thing last winter.
Regardless, Verlander to the Mets does make quite a bit of sense, given Steve Cohen’s neverending bank account and his desire to spend coupled with the fact they just lost deGrom in free agency. Verlander put together arguably the most impressive season of his career in 2022, as he won the American League Cy Young Award at 39 years old coming off of Tommy John surgery and he helped the Astros win their first World Series since 2017.

Minutes after hitting the publish button, Joel Sherman of the New York Post reported that the Mets and Verlander have agreed to a two-year deal worth $86 million…
Given where the Blue Jays are at right now with a handful of large contracts and more large contracts to arbitration-eligible players, it would have been pretty shocking to see them pay Verlander more than $40 million per season. From a Mets perspective, they now have a rotation that features a 40-year-old Verlander, a 38-year-old Max Scherzer, and a 35-year-old Carlos Carrasco. Risky business!
Sticking with the Mets, Sherman wrote about how the team can build their starting rotation this winter. There are a handful of free-agent options out there for the Mets, but Sherman noted that they could also take the trade route, and one of the names mentioned as a “reclamation project” is Yusei Kikuchi…
Kikuchi inked a three-year, $36 million deal with the Blue Jays last winter and his first year in Toronto was a mess, as the lefty posted a 5.19 ERA and was moved to the bullpen in mid-August. Ross Atkins said last week that there’s no guarantee that Kikuchi is in the team’s starting rotation next season, so it wouldn’t be a shock if the Blue Jays were actively trying to dump him, even if it meant eating some of his salary or giving up a prospect to do so.
The Mets might not make sense as a suitor for Kikuchi anymore given the Verlander signing, but it’s interesting to see his name out there as a project for other teams regardless.