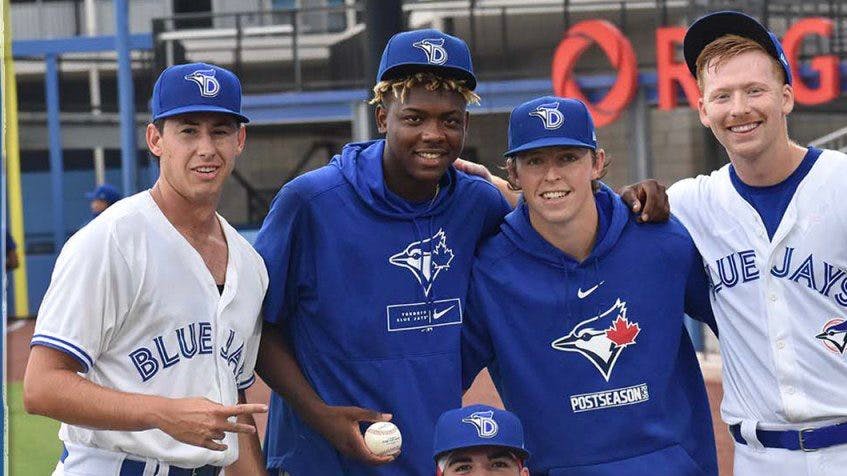 By Tyson Shushkewich
14 days ago
This season, the Toronto Blue Jays used their tenth-round pick in the MLB Draft on southpaw Ian Churchill, a fifth-year senior who hails from Santa Barbara, California. His path to professional baseball has been interesting, starting at Santa Barbara City College before stopping at Arizona State and San Diego State over the next few years.
“I bloomed a little later in high school and schools weren’t looking too much into me. As a senior, I generated some interest, but getting into schools is a completely different task. Santa Barbara is well-known within the area I am from and my coach checked in with me in regard to my interest and I thought that was the best decision for myself and my family.” With the Vaqueros, Churchill worked out of the rotation and the bullpen and had a great second season, posting a 1.96 ERA through 82.2 innings.
After a solid summer spent in the Alaska Baseball Summer League in 2018, Churchill was starting to generate interest from other programs, “Schools started reaching out and Arizona was one of them, and a couple of guys I knew had spent time in the program as well as an old family friend who attended Arizona years ago and they really helped me with this decision.”

Prospect Ian Churchill spoke to Blue Jays Nation about his experience in college, the 2022 MLB Draft, and his first taste of professional baseball in Single-A

Following his two years at Arizona, Churchill had another year of eligibility after graduating and decided to attend San Diego University. “San Diego had reached out to me when I was at Santa Barbara and reached out after I graduated, so I went there in my fifth year and it worked out so well and really brought back the love I had for baseball. I learned so much about myself that season and helping guys around the team after going to the College World Series with Arizona the year prior, just being able to share those experiences with all of them was really fun.”
Heading into the 2022 MLB Draft, the 6’2″ southpaw kept an open mind to the process, “Heading into the draft, I knew what I was. I was a fifth year, I was older, and I was actually shooting for a free-agent signing once the draft was over. I was with my mom at home and I had some calls from a few different teams; I actually had a summer game coming up that night where I was supposed to pitch and I had to miss the bus because I knew there was a chance I could be drafted. As the rounds kept going, I started to get ready to drive to the game thinking I wouldn’t be drafted when suddenly, my name popped up on Twitter saying that the Blue Jays had drafted me and the messages and excitement started to flow.”
After five years and three schools, Churchill was officially a professional baseball player, excited for the opportunity ahead with the Blue Jays.
“It was an awesome feeling. I love baseball and it’s Canada’s only professional baseball team. I had just watched a whole series on Dave Stieb a month prior (Captain Ahab: The Story of Dave Stieb), which got me even more excited. The more I kept learning about the places I would be able to play with the Jays, and the people I would get to interact with, that’s what is exciting to me. I love baseball history and Toronto has such a deep history. Going to the Player Development Complex in Dunedin and getting to take in that history, that’s important to me.”
After the draft, Churchill joined the Dunedin Blue Jays in Single-A, finishing the year in the club’s bullpen. Through eight outings and 12.0 innings, the left-hander posted a 0.75 ERA with a 0.917 WHIP and a 13.5 K/9, allowing just one earned run.
“When I first showed up, I was a bit older than the others who got drafted (23) but I am still young, and I told myself, ‘I deserve to be here, I have earned this’ and I loved taking everything in. I felt like I didn’t have anything to lose and I started to get acclimated to being a pro baseball player, and even if I had a bad outing, I was able to tell myself that, ‘I get to pitch in a few days’ and learn and grow from it and just having fun with the game. I wanted to be handed the ball every day.”
Churchill also made some history of his own quickly with the Blue Jays in just his second outing, pitching in the ninth inning of a contest against the Tampa Tarpons that ended as a combined no-hitter.
“It was a great experience. I was so in the moment that I didn’t even know it was a no-hitter until my teammates started mobbing me on the mound and celebrating. Like I said, I always want to be handed the ball and I love being out there for the ninth inning, regardless of the situation. I always bring that same mentality.”

Prospect Ian Churchill talks about his goals for the 2023 season

With Spring Training just over a month away, Churchill is hard at work this offseason and getting ready for his first full campaign. “This offseason, I have been working on trying to get stronger and figure out more about my body. I never really dived into proper strength training and nutrition, so I have been working on different things and getting my body in shape. I believe these things will help me throw harder and be healthy through the whole season. Goal-wise, I would like to keep moving forward and hopefully play in Vancouver later this year.”
Slated for his first full season in the Blue Jays organization, Churchill is definitely one prospect to keep an eye on, especially if he can continue to put up stellar numbers following the draft.
While many may crack under the pressure, he heads to Dunedin with an open mind and willingness to get better and learn from his teammates, “I like meeting people from new places and everyone here at the Player Development Complex comes from different backgrounds and has so much knowledge that I can use to make myself better. I can’t wait to get back on the ball diamond.” 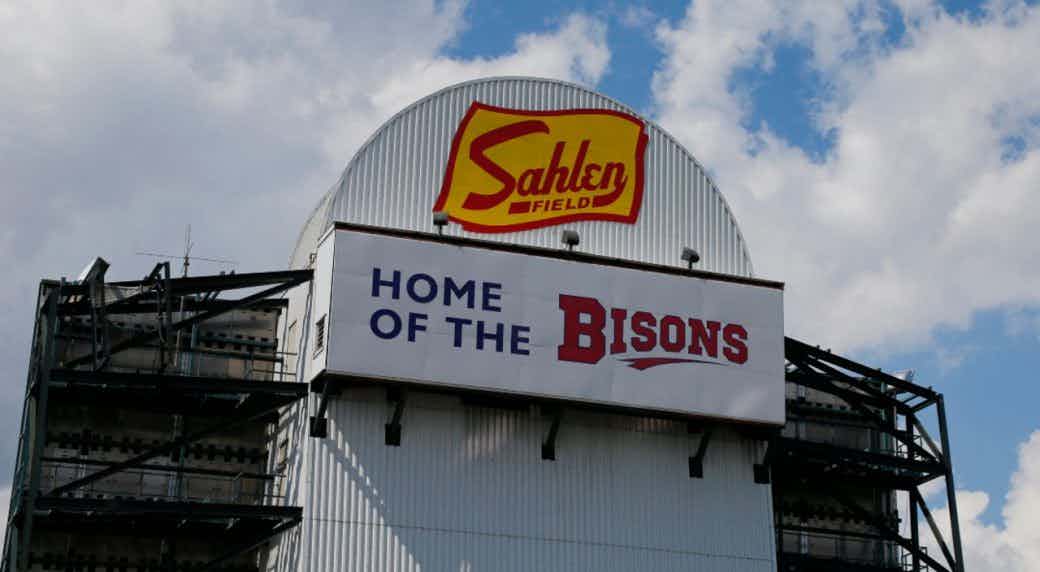 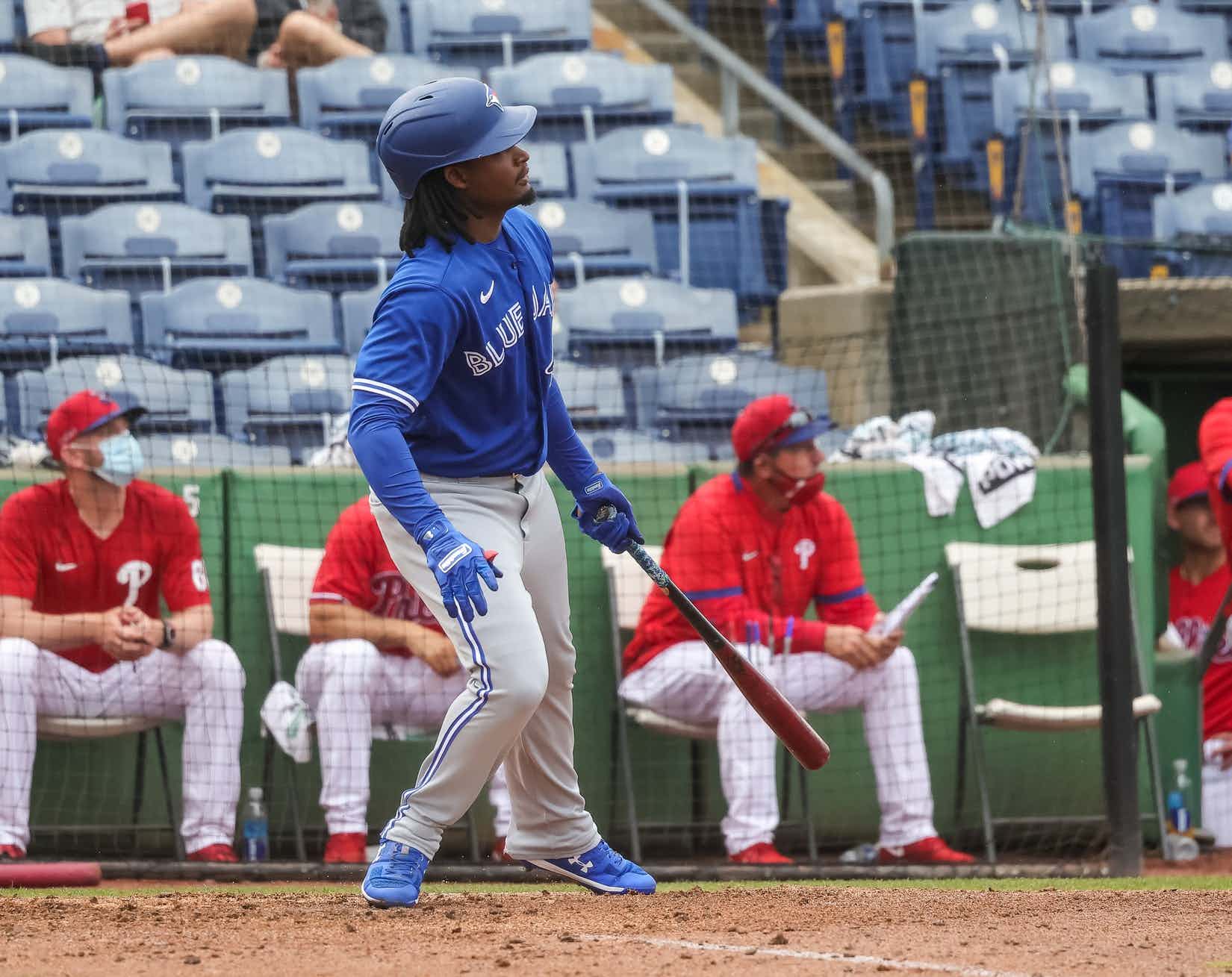