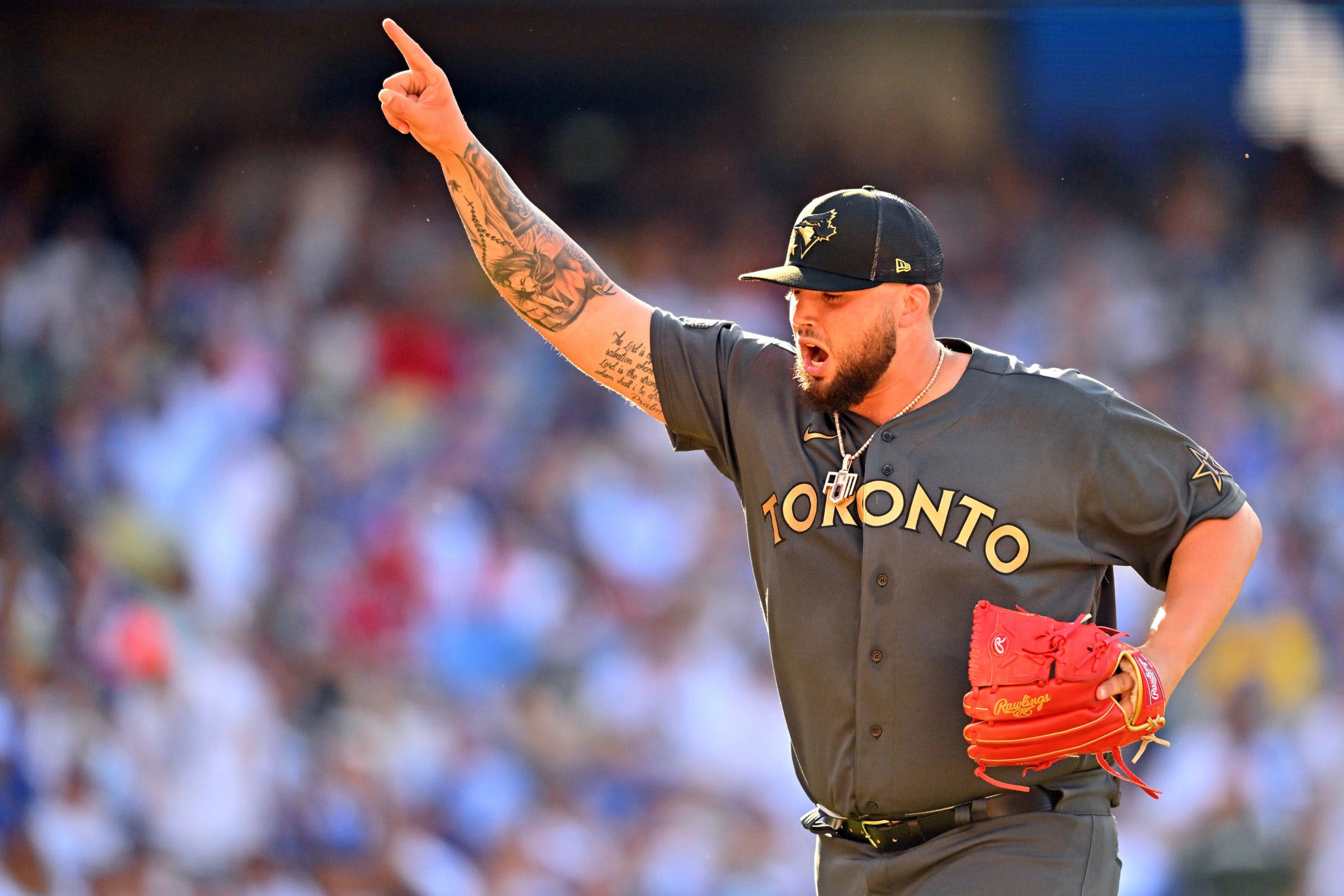 By Noah Vanderhoeven
5 months ago
No one is running away with the American League Cy Young Award in 2022.
Justin Verlander may have made the strongest case so far this season, but his recent calf injury puts the status of this award race in further doubt.
In the murky AL Cy Young picture, the Toronto Blue Jays arguably have two pitchers in Kevin Gausman and Alek Manoah who could stake a claim to this piece of hardware. They both stand to capitalize on this open race with a strong finish to the season and either could separate themselves from the pack of contenders over the rest of the season.

Table 1: AL Pitching Leaderboard as of August 30th, 2022 (Stats from FanGraphs)
Gausman’s case is heavily predicated on his strong performance in the fielding independent pitching metric FIP.
FIP considers a pitcher’s ability to avoid walks, home runs, batters being hit by pitches, and also their ability to induce strikeouts. Thus, this metric tries to measure how good a pitcher is at doing the things they have the greatest control over. Crucially this does not punish pitchers for giving up hits because hits can depend greatly on the abilities fielding abilities and positioning of the defense the pitcher has behind them.
That’s why he leads the AL in FanGraphs’ version of wins above replacement (WAR) as it uses FIP more heavily than Baseball-Reference’s version of WAR. Baseball Reference’s WAR metric views Gausman as merely above average. Overall, it is not surprising that Gausman fares the best un FIP. As this measure emphasizes the things Gausman is really good at, while also omitting something he struggles with, suppressing hits. He ranks 20th in the AL in hits per innings at a rate of 9.8 hits per 9 innings
Through a combination of plenty of hard contact given up, weak contact on his splitter working against the Blue Jays heavy use of defensive shifts, and some bad luck Gausman actually gives up a lot of hits. Despite having the second-best rate of walks per 9 innings (BB/9) and best strikeouts to walks ratio in the AL, Gauman is actually 22nd in the AL in terms of walks and hits per innings pitched (WHIP). However, it may have caught your eye in the table above that Gausman is the only pitcher with a batting average on balls in play (BABIP) above .300 who features in the top 10 for FanGraphs measure of wins above replacement (WAR), a catch-all metric of a player’s value in relation to a replacement level player at their position. Gausman is not just over .300, he is way past that mark at ..373. If a batter puts a ball in play against Gausman they look like prime Ted Williams in terms of getting a hit.
Some of what goes into his extremely high BABIP is not just bad luck on Gausman’s part, because he does give up extremely hard contact when he does get hit.  He ranks in the 40th percentile for Hard Hit percentage according to Baseball Savant, meaning that 60% of MLB pitchers have a lower rate of hard contact than Gausman. The trick Gausman pulls to make this profile work is that he is able to avoid hitters making any contact against him at an elite rate. He is similar to 2021 Cy Young Award winner Robbie Ray in the sense that he strikes out plenty of batters, but he is also almost a bizarro version of Ray. He hardly gives up any home runs or walks any batters, but he gives up plenty of hits. Whereas Ray gave up plenty of home runs while giving up few hits in general. Given this profile, Gausman does well in measures that exclude teammate effects, whereas Ray and someone like Alek Manoah tend to do better in earned run average-based metrics that don’t punish pitchers as much for being reliant on their defence for putouts

Table 2: AL Cy Young Award Matrix (bold = top five, highlighted = first)
Alek Manoah may have a more traditional Cy Young, as he places in the top five of many pitching statistics without standing out in many advanced metrics. Wins may be an outdated way to assess a pitcher’s value, but many awards voters still value them in these kinds of discussions.
So Manoah’s team-leading 12 wins put him in good standing with those more curmudgeonly voters. However, another traditional statistic like innings pitched is still highly relevant. In an era where starting pitchers tend to pitch fewer innings, major league pitching staffs are still responsible for 8-9 innings a game 162 times a season. So, a pitcher who can pitch many high-quality innings is still incredibly valuable. Especially to a Blue Jays team who have had bouts of an unreliable or shorthanded bullpen. This fits the bill of Manoah who sits tied for third in the AL in terms of innings pitched, whereas Gausman sits at 18th.
However, also Manoah goes about his outings much differently than Gausman. Manoah does not fare as well in FIP, largely due to a noticeable decline in his rate of strikeouts in 2022 and a slight uptick in walks. He even leads the AL in hit by pitches, although Jose Berrios is giving him a run for his money. Overall, this means Manoah fares much better in Baseball Reference’s War metric that is based on ERA, as opposed to FanGraphs’ version that prioritizes FIP. However, he has made good use of an improved Blue Jays defence in 2022 by inducing plenty of weak contact.
According to Baseball Savant Manoah is in the 93rd percentile for Hard Hit percentage. This means that 92% of major league hitters have a lower Hard Hit percentage than Manoah. This profile means that he has kept batters off balance without necessarily missing bats altogether to great effect in 2022.
Even though a drop-off in strikeouts is worrying in some sense, it can also allow Manoah to pitch deeper into games and amass value this way. As he does not end up having to go as deep in counts with batters battling off pitches to avoid strikeouts. This allows him to accrue a ton of value for the Blue Jays by working deeper into games than Gausman does. Even if his numbers beyond earned runs allowed and innings pitched may stand out as much as Gausman’s do. It may be fair to say Gausman shows greater quality over a lower quantity of innings, whereas Manoah gives a greater quantity of slightly lower quality innings.
Either way, both are in a good position to receive strong Cy Young consideration.
In the end, Gausman may have a better case for winning the Cy Young while Manoah may end up receiving more votes for the award. The combination of less impressive ERA-based metrics and fewer innings pitched may see Gausman left off of many ballots altogether. This is despite Gausman’s dominance in the parts pitching only he can really control.
In Manoah’s case, I think it is quite unlikely he wins the award, but his strong standing across many measures and clearer status as a modern workhorse make him more likely to get down ballot consideration that Gausman may not receive. So do not be surprised if either of these pitchers works their way into serious Cy Young contention in September, but it is interesting how they may get there following fairly divergent paths.
All statistics from Baseball-Reference unless otherwise stated 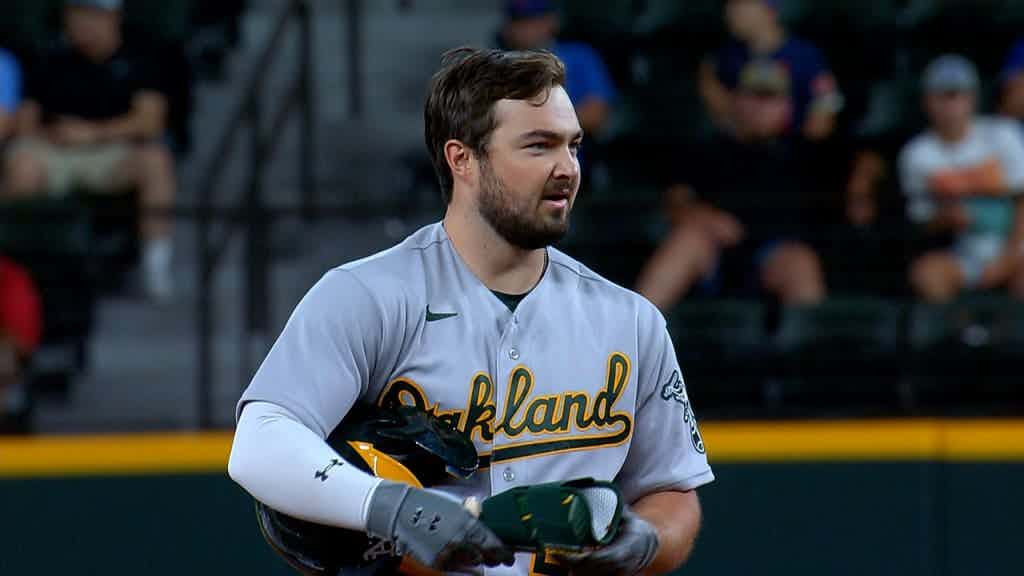