Whether he’s moved to the bullpen or to the phantom Injured List, Yusei Kikuchi can’t be making starts for the Blue Jays anymore 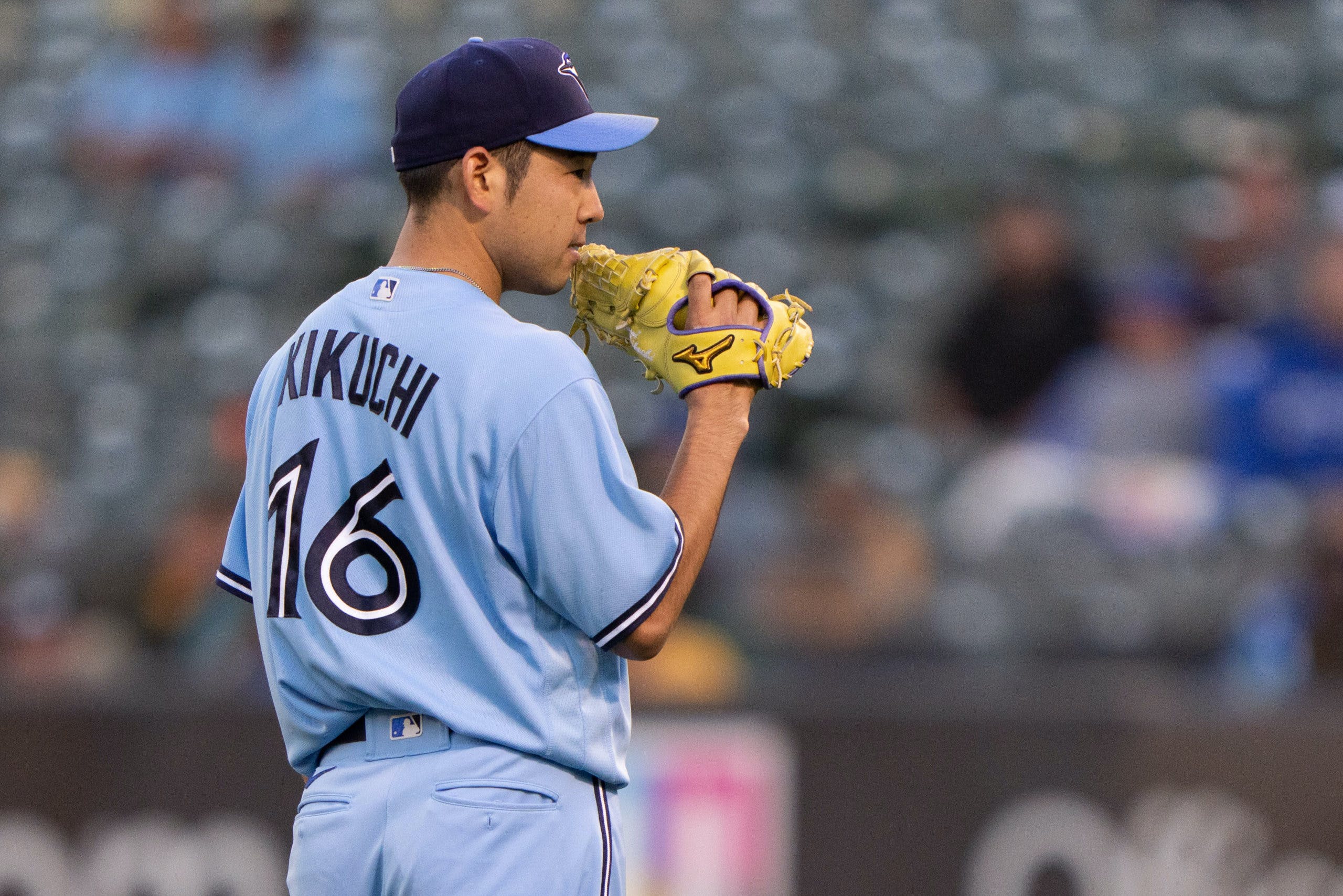 By Cam Lewis
5 months ago
Monday night featured yet another poor start from Yusei Kikuchi, which has unfortunately been a theme for almost the entire season.
Kikuchi had a rough first inning, allowing one run on two hits and a walk, but appeared to settle down a little bit in the second inning, as he got the bottom of the Baltimore Orioles lineup to go three up, three down.
But after that, things came unglued. Kikuchi allowed a two-run bomb to Ryan Mountcastle in the third inning, putting Baltimore up 3-0. The Blue Jays battled back in the bottom half of the third, scoring two runs of their own, but Kikuchi gave it all back in the top of the fourth by issuing a walk, making an errant pickoff throw, and then allowing a double.
All told, Kikuchi went three-and-one-third innings and allowed six runs, three earned, on four hits and three walks while striking out four.
Since that strong start against the anemic Detroit Tigers immediately after coming off the “Injured List,” Kikuchi has allowed 10 earned runs over 12 1/3 innings over his last three starts. The Blue Jays, unsurprisingly, lost all three of those games.
We’re now into mid-August and the Blue Jays have a 61-53 record, tied with the Tampa Bay Rays for the second/third wild-card seeds and a half-game back of the Seattle Mariners for the top wild-card spot. The Orioles are only one-and-a-half games back and the Minnesota Twins and Chicago White Sox are only two games back.
With simply making the playoffs (let alone hosting the three-game wild-card series) far from a guarantee, the Blue Jays can’t afford to keep sending Kikuchi to the mound to make a start every fifth day. Not only are his starts almost a guaranteed loss, but his inability to eat innings ultimately wears down the team’s bullpen.
Take Monday’s game, for example. Kikuchi was out before the end of the fourth inning and while Trevor Richards and Trent Thornton mopped things up effectively, covering 3 2/3 innings, the Blue Jays had to use Zach Pop and Adam Cimber, two leverage arms, in meaningless innings in the eighth and ninth.
John Schneider said last week that Kikuchi would continue to get opportunities to figure things out, though that was when Ross Stripling was on the Injured List. Now Stripling is back and the Blue Jays can use Mitch White as the fifth man in the starting rotation.
Where do the Blue Jays go from here?
There are a couple of options. They can stash Kikuchi on the Injured List again with left Arm Shittyness simply to open up another roster spot for somebody else or they can move him to the bullpen to see if he can find a way to be effective in shorter stints.
I mean, it seems pretty unlikely that a pitcher with nearly zero command of the strike zone would be able to positively contribute out of the bullpen, but maybe Kikuchi can figure something out by pitching one inning at a time in low-leverage spots.
Who knows! But anything is better than sending him out there every fifth day and pulling him in the third or fourth inning.