Advertisement
Ad
Patience was the key in the Blue Jays’ big win in St. Louis 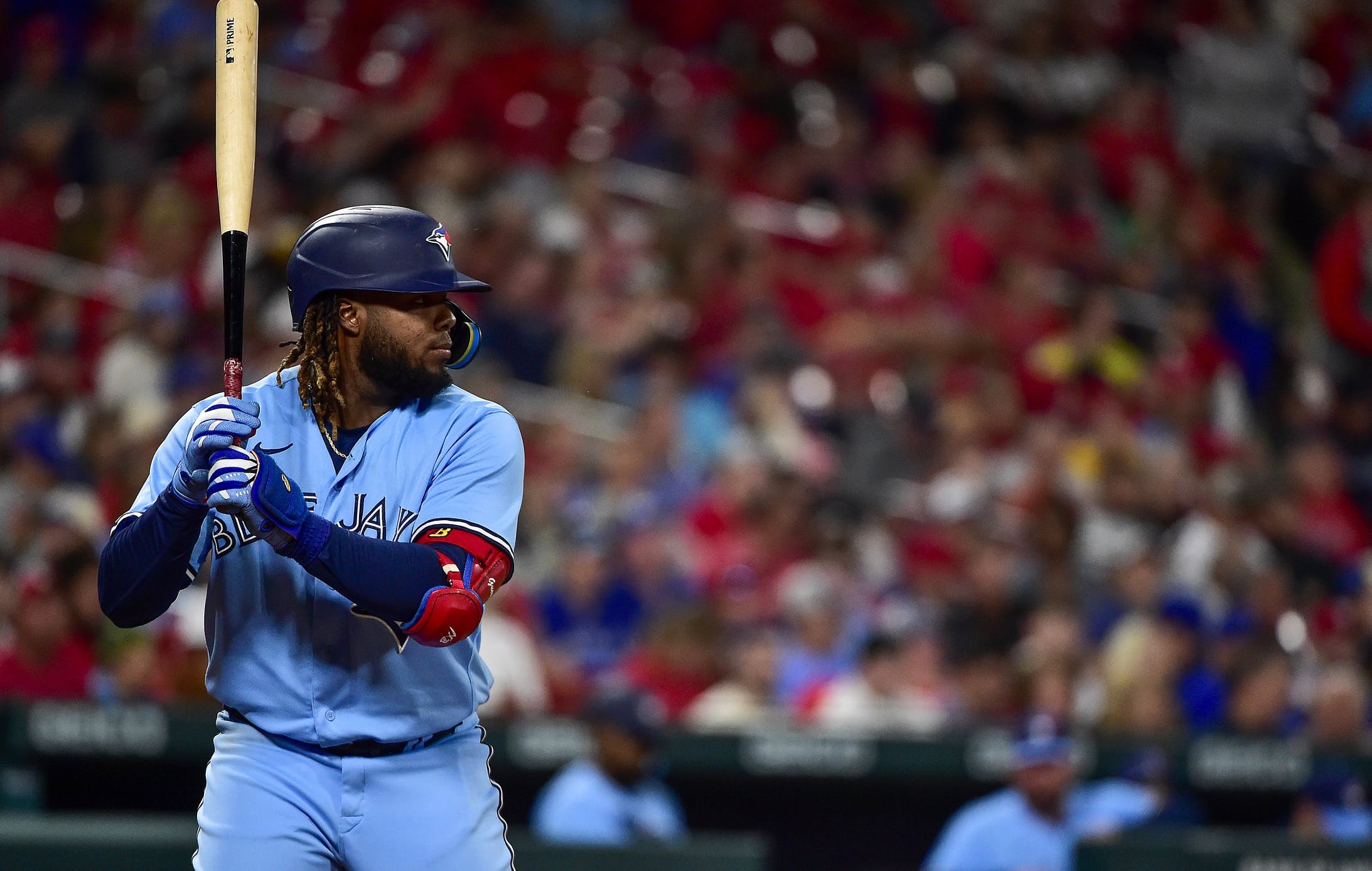 Photo credit: © Jeff Curry-USA TODAY Sports
By Cam Lewis
8 months ago
Comments
That was a cathartic experience.
For weeks runs have been seemingly impossible to come by as the Blue Jays have inexplicably performed like a bottom-of-the-pack club offensively. On Tuesday night, the bats finally exploded. Danny Jansen homered, George Springer tripled, Vladdy homered, and Danny Jansen homered again as the Blue Jays scored eight runs in a route over the Cardinals.

For those that missed last night's Jays game it was basically this pic.twitter.com/7Fv8Bp4K14

While the homers are the things that stand out, the key to Toronto’s bats finally coming alive was patience. The Blue Jays walked eight times, a stark contrast to what they’ve been doing otherwise this season as they came into Tuesday night’s game ranked 22nd in baseball in terms of total walks. They also only struck out four times, which is much more in line with the 2021 team, which struck out less than anybody in baseball.
Advertisement
Ad
Advertisement
Ad
Now, it should be pointed out that Jordan Hicks, St. Louis’ starter, is a pitcher who struggles with command, so that obviously helped the Blue Jays in their endeavour to take more pitches than usual, but they also drew three walks off of Miles Mikolas on Monday, and he’s a pitcher who has walked just 1.8 batters per nine over the course of his career.
Laying off on pitches outside of the zone and demanding Hicks challenge them is ultimately what resulted in the Blue Jays hitting three homers and scoring eight runs…

The #BlueJays got some big hits and homers, but tonight's offensive outburst was powered by smart swing decisions.

While Jordan Hicks was all over the place, Toronto kept their swings almost exclusively to the zone. Below are all of Toronto's swings vs. Hicks: pic.twitter.com/gJPtFwIJbf

All told, Jordan Hicks only managed five swings and misses through his three innings of work before the Blue Jays got to him and he was chased from the game early. Meanwhile, on the other side of that, Kevin Gausman generated a whopping 23 swings and misses over the course of his six shutout innings. Gausman now has a 2.25 ERA and 65 strikeouts to five walks over 56 innings of work this season.
Advertisement
Ad
Advertisement
Ad
Next up, the Blue Jays will have a day off before they head to Anaheim to play the Angels. Let’s hope this approach we saw in St. Louis is the start of Toronto’s bats waking up and playing to their capability.